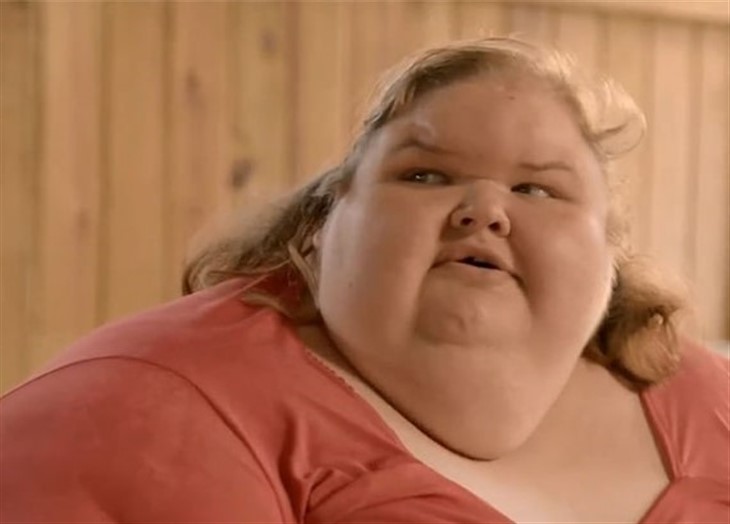 1000-Lb Sisters spoilers hint that Tammy Slaton will once again get tangled up in romance. And after three seasons of looking for Mr. Right and ending up with Mr. Wrong, fans hope Tammy will choose the right man. But Slaton already faces a backlash over rumors that she landed a new boyfriend nicknamed Bunny in rehab.

Tammy Slaton has stolen the spotlight repeatedly from her sister Amy Slaton Halterman on 1000-Lb Sisters. And it hasn’t always been pretty. For instance, Tammy has thrown temper tantrums in her determination to have life go her way. And that includes ignoring her family’s warnings and worries about choosing the wrong man to be her boyfriend!

As a result, fans got worried when Tammy suddenly showed up with a new man on social media. And the timing couldn’t be worse. With the 1000-Lb Sisters star reportedly scheduled for weight loss surgery next month, could Slaton get derailed AGAIN from achieving her diet goals? Reddit 1000-Lb Sisters fans worried about that possibility as they uncovered a photo of Tammy sending love to her new boyfriend.

Nicknaming him “Bunny,” Slaton reportedly met her new guy in rehab. But because Tammy went there to focus on her weight loss rather than romance, she’s now facing a backlash over her “Bunny” boyfriend! Beyond that nickname of “Bunny,” the new gentleman reportedly is named Mikey Mooney. But did Mikey pursue Tammy for clout or for love?

Clout chasing?! When Mikey “Bunny” Mooney decided to befriend Tammy, he may not have anticipated what would come. Because Slaton’s new boyfriend got caught in the crossfire of fans’ frustration with Tammy! For instance, one 1000-Lb Sisters viewer wrote, “Oh my God not this bullsh*t again, this woman is so gullible.” And another chimed in, “He has to be in it for the likes.”

And a Facebook exchange per TV Show Ace revealed similar skepticism. Although Mikey claimed he longed to become pals with Tammy for years, he reportedly was in a serious relationship with a different girlfriend just weeks before hooking up with Slaton. And that got his Facebook followers questioning Mooney’s motives.

For example, several asked Bunny if he just wanted to star in the upcoming season of 1000-Lb Sisters. Because TLC reportedly is filming season four currently, Mikey’s timing for hooking up with Tammy seemed suspicious. But Mooney defended himself. In response to a follower asking how the romance happened, Tammy’s new boyfriend claimed the relationship existed for awhile.

Tell us what you think. Do you believe that Tammy Slaton’s new boyfriend just wants fame? Or do you think that Mikey Bunny Mooney truly loves the 1000-Lb Sisters star? And after you share your views, check back on our site for more reality TV news!