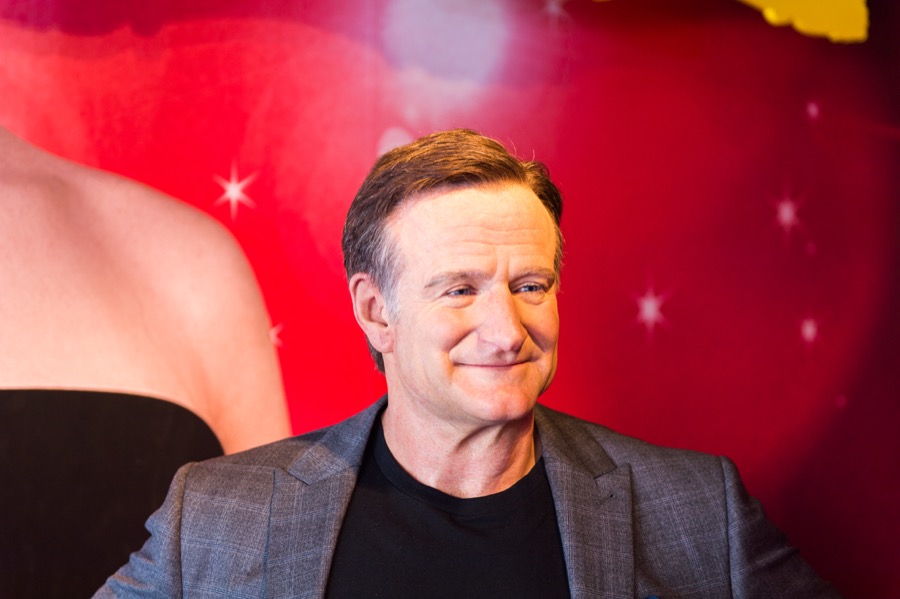 Robin Williams was loved by so many people, including his family. And yet he took his own life at the age of 63. Back in 2014, the world stood still for a bit as they mourned the funny man who turned out to feel so deeply unhappy inside. Of course, his memory lives on in many movies, but one video reveals perhaps one of the most real moments of his vulnerability.

Robin Williams Was Loved And Is Still Deeply Missed

Last year, fans of the comedian who acted in movies like “Mrs. Doubtfire” remembered him as his son Zak chatted with Prince Harry about grief. Before his days of fame, the famous actor married Valeria Velardi. Ar the time, he worked as a bartender in San Francisco. Their son, Zak was 31 when his dad died, and he knows the tragedy of suicide and the knows the pain of grief. So, he and Prince Harry bonded over that in “The Me You Can’t See: A Path Forward.”

Ironically, it seems that few people saw the inside of Robin Williams before he took his own life. Although he struggled with depression, you’d never have known it from watching his movies like “World’s Greatest Dad” or “The Birdcage.” Actually, it seems sad that often, amusing people hide a lot of pain deep inside. In the case of the comedian, even he didn’t know that he also suffered from Lewy body dementia. That only emerged during his autopsy and it could have easily caused a lot of internal pain and confusion.

Robin Williams – The Most Real Moment?

On Friday, an old video clip emerged that was shot back in 2001. Posted up by Ecoflix on Instagram, it revealed the TV star with Koko the Gorilla. If you don’t know, Koko had recently lost her brother. Later, she also lost her new friend, the actor who brought laughter to so many people. Like Robin and her brother, Koko has also since passed away. But their memories live on in what might be the time that he displayed all his vulnerability to the world.

Ecoflix explained that “Robin Williams visited Koko at her home in Woodside. It was a cheerful encounter for both, and Koko treasured it for the rest of her life.” Judging by the way that he laid his head on her chest and embraced Koko, probably, he never forgot her either. Apparently, “When Koko learned of Robin’s passing (in August 2014) she became very sad.” If you don’t know, the remarkable gorilla was able to communicate with humans by signing.

Fans of Robin Williams who follow movie news on social media quickly took to the comments section. One of them said, “Absolutely beautiful, but very very sad heartbreaking RIP to them both.”

Another sad fan wrote, “Thank you for sharing. Robin’s death is still raw for me & I’ve avoided watching him until now, knowing I would 😭😭. This helped me, watching the 2 great spirits embracing. May they both Rest in Eternal Peace. 💜.”

Be sure to check back with us for everything happening in the world of entertainment. Come here often for more news, spoilers, and updates about celebrities.