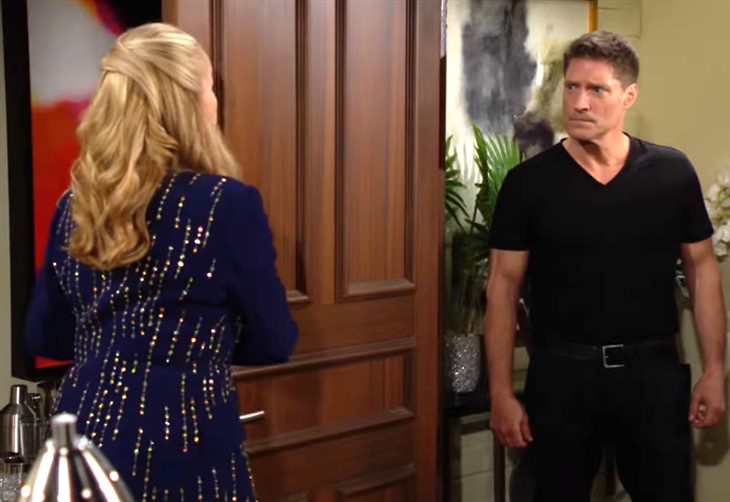 The Young and the Restless spoilers for September 19-23, 2022, reveal Nikki making her way to LA for some serious business and Adam wanting to know just what’s going on with Sally.

The Young And The Restless Spoilers – Nikki’s Ultimate Plan

Since Phyllis Summers (Michelle Stafford) has not been pulling her weight to bring Diane Jenkins (Susan Walters) down and that little expose about Diane’s life did not work, Nikki Newman (Melody Thomas Scott) has to pull out the big guns and travel to Los Angeles to meet with Deacon Sharpe (Sean Kanan). After all, her ex-lover is the one who helped Diane fake her death all those years ago so he must have some dirt on her.

The Young and the Restless spoilers show Deacon is intrigued by seeing Nikki again after all this time and she has an offer. She knows things about him he doesn’t want to be revealed and she will keep those things a secret if he just tells her what she wants to know about Diane.

Meanwhile, as Nikki spends time in LA, Phyllis and Diane are forced to be nice to one another. Will they even be able to handle it all?

Although Nick Newman (Joshua Morrow) and Sally Spectra (Courtney Hope) made sure to be dressed in time for room service, they still didn’t expect Adam Newman (Mark Grossman) to show up instead. While there doesn’t seem to be evidence of Nick and Sally’s little tryst lying around, Adam still suspects something.

He demands to know if Nick and Sally are sleeping together but what Sally tells him may surprise everyone. Will Adam realize more than ever what a mistake he really made when he so unceremoniously dumped Sally?

Victoria Newman (Amelia Heinle) lives one life as a ruthless businessman and another life as a devoted mother. In business, Vicky makes a dangerous deal with a rogue Nate Hastings that can actually prove to be illegal.

In her family life, Victoria finally has to decide whether to tell Johnny Abbott that Chelsea Lawson (Melissa Claire Egan) is his biological mother. This won’t be easy for her but it may be time. Stay tuned to The Young and the Restless weekdays to see how these stories play out.