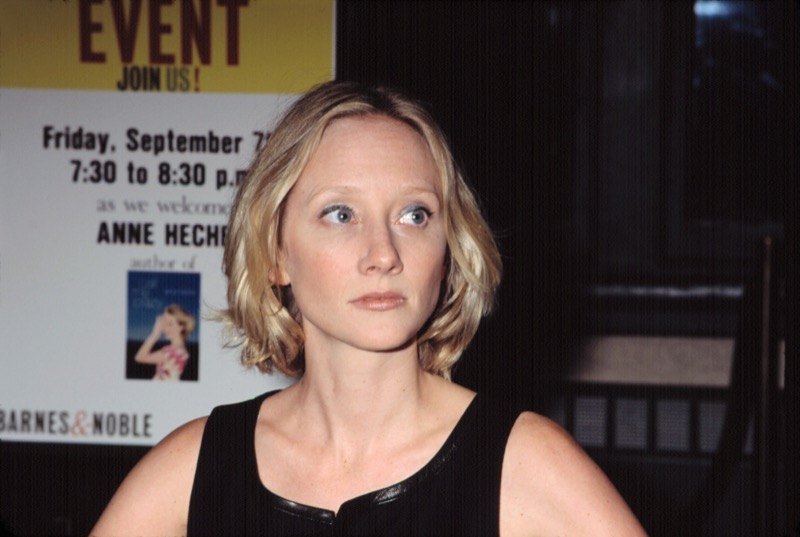 Anne Heche, best known as an actress and for once dating Ellen DeGeneres just freaked out her many fans after being involved in two car accidents. Reportedly critically injured, fans anxiously await the outcome and they also hope for some answers. Of course, they probably hope that history isn’t repeating itself regarding the way her brother, Nathan Heche was thought o have passed away.

Anne Heche Seems To Have Some Anger At Life

Despite the death of her dad, her brother Nathan, the estrangement and death of her sister Susan, and a bust-up with Ellen Degeneres, Anne still seems determined to be a talented and popular celebrity. Mind you, she also seems to like things being done exactly right. And, that might explain her rage when Tyra Bank famously messed up in “Dancing With The Stars.” Recall, after botching her announcement that Monica Aldama and her partner Val Chmerkovskiy were safe, they ended up called back to hear the bad news about their elimination.

Anne Heche acted in “Chasing Nightmares,” which started filming in 2019. And now she had her own terrifying accident, the name of the movie seems horribly apt. The Author of “Call Me Crazy” has been chasing some of her own nightmares for years. Recall, that she talked in her book about her firm belief that her deceased dad sexually abused her as a child. Did the pain and anger at life drive her to crash into two buildings on Friday this week?

Nobody knows what went through the mind of the talented “Psycho” actress on Friday. TMZ reported that a “new video shows her speeding down a residential street before crashing into a home and igniting a blaze.” Severely burned, she was pulled out of the rubble and taken away in an ambulance. However, before that, she “[crashed] into a garage at an apartment complex.” Several outlets mentioned a bottle in the car that might have been alcohol. However, she’s too unwell to take a blood sample.

KTLA5 shared some footage of the crash that Anne Heche survived and noted that it’s a miracle nobody died. In the clip, fans could see her Mini Cooper was completely wrecked. A shocking story, it might really make fans fear that she tried to exit this world like her brother was reported to have done. If you don’t know, news archives reveal that Anne suspected that Nathan’s death in a car accident was suicide. Sadly, he was still very young and he passed away ahead of his high school graduation.

Anne Heche titled a post on Instagram back in July saying, “We learn all about boundaries how to set them and recognize when they are being violated.” While a lot of people on YouTube felt that she overstepped boundaries by speeding through a residential area, others wish her love and healing. In the comments under that post, one fan said, “Sending you love and prayers 💙💙.”

Another fan wrote, “Just heard I really hope you recover quickly from your accident ..love ya and stay strong 💪.”

This comment also arrived: “Hope you recover soon from your crash and seek help for your mental help. Please remember there is nothing wrong in seeking help. You are a very talented actress. Sending love and prayers from Las Vegas. 🤗❤️🙏”