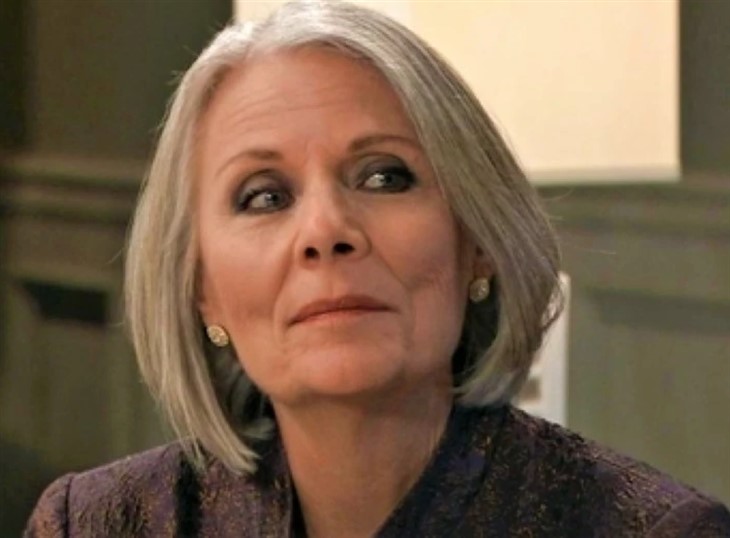 General Hospital (GH) Jane Elliot, who plays Tracy Quartermaine, has been a fixture on our General Hospital screens since she debuted in 1978. General Hospital is far from the biggest job that Elliot has had in movies or television but is probably her best known. How old is Jane?

General Hospital’s Jane Elliot was born on January 17, 1947, in New York City. Jane was born on the late Betty White’s birthday. Elliot took voice and acting classes before getting an agent at age 17. Elliot’s daytime debut was on A Flame In The Wind a short-lived ABC soap in 1965. Elliot co-starred in several television programs and even co-starred with Elvis Presley and Mary Tyler Moore in Change Of Habit. Jane had a lead role in NBC’s Rosetti and Ryan (1977). In 1976, Jane met long time friend Deidre Hall on the set of Electra Woman And Dyna Girl. Legendary Producer Gloria Monte had the role of Tracy created for Jane after she auditioned for another role on G.H. After vacating the role in 1980, Jane won an Emmy for the role of Tracy. Jane moved on to other soaps including Knot’s Landing and Guiding Light.

General Hospital’s Elliot has had an extensive career in both television and film. Elliot has starred in three of the remaining four soaps remaining on the air today. Jane also had a stint as a producer on The City (1995) as well. The City lead to Tracy’s connection to the mob on General Hospital as the story was written into her General Hospital storyline years later. Tracy returned in 2003 and was eventually paired with the legendary Luke Spencer (ex-Tony Geary). Elliot received another Emmy nomination in 2014 for her role as Tracy Quartermaine. Elliot returned to our G.H. screens this week to alert Laura Collins (Genie Francis) to Luke’s passing.

General Hospital’s Tracy left town when Jane retired in May 2017. Tracy’s exit storyline was leaving for Amsterdam to be with Luke. Tracy could be easily annoyed by Luke’s antics but in the end, she loved him fiercely. Tracy was also there for Luke’s children, especially Lulu Spencer (ex-Emme Rylan). Tracy and Luke were a fan favorite and some of their funniest times were at Jake’s during karaoke night. Of course, Luke bought Jake’s after believing he killed his grandson and changed the name to the Floating Rib.

Elliot may have retired but it is only fitting that Tracy returns to tell Laura about Luke’s passing. Will Tracy stay in Port Charles now that Luke is gone? Has Elliot decided to come out of retirement for another G.H. run?