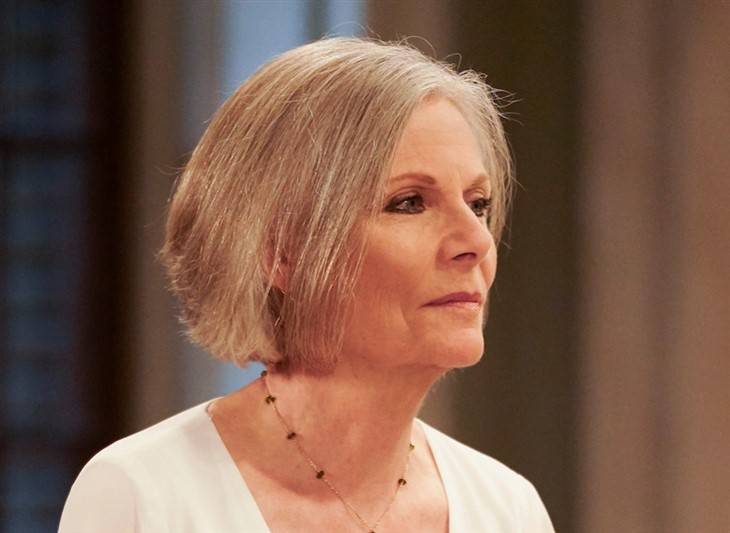 General Hospital (GH) spoilers for Tuesday, January 4, 2022, reveal devastating news for all of Port Charles — and Laura has to tell her former sister-in-law all about it.

Laura Collins (Genie Francis) was happy to be home and ringing in the new year with her husband when there was a knock on the door and there was Tracy Quartermaine (Jane Elliott) standing there shaking and ready to fall apart. She delivers the news that Luke Spencer (Tony Geary) is dead and Laura seems to believe it so she heads off to tell Bobbie Spencer all about her brother.

But is Luke really and most sincerely dead? Didn’t we see this story in 2016 when Lulu was sure his bones were in the Cassadine tunnels on Cassadine Island. Maybe he is visiting Jason Morgan (Steve Burton)?

At least Kevin Collins (John Lindstrom) is there for Laura, being his therapist self, trying to get his wife to open up and express her grief.

GH Spoilers – Is Danger In Store For Drew Cain?

We know that Victor Cassadine (Charles Shaughnessy) still wants and needs something from Peter August (Wes Ramsey) and it all has to do with Drew Cain (Cameron Mathison). What other power does Peter have over Helena’s (Constance Towers) old soldier boy?

Drew also seems to think he has some unfinished business he has to take care of and tells Monica Quartermaine (Leslie Charleson) just that. She gives him a warning to be careful because she feels something ominous is going to happen.

Meanwhile, Victor has some news for Nikolas Cassadine (Marcus Coloma) and Ava Jerome (Maura West) and promises them that winds of change are coming. Nikolas also gets news from Shawn Butler (Sean Blakemore), who tells him that good things are happening in his life only because of Nik.

Elsewhere, Portia Robinson (Brook Kerr) and Curtis Ashford (Donnell Turner) wake on New Year’s morning happy to be together and make a huge decision about where their relationship is headed. Are they going to decide to move in together? Stay tuned to General Hospital weekdays to see how these stories play out.