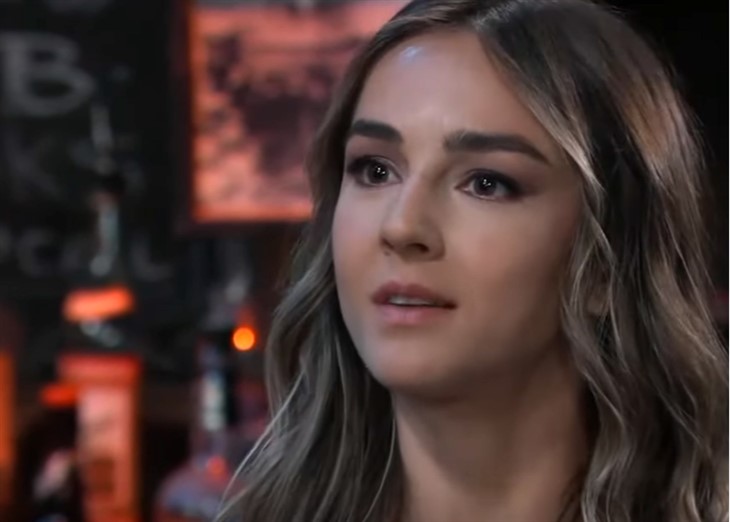 General Hospital (GH) spoilers a revival storyline is on the hook (pun intended). Kristina Davis (Lexi Ainsworth) has come a long way since she entered the world of Port Charles. Her rocky start is symbolic of the struggles she continues to face in her life. When she was just two years old, Kristina was diagnosed with a form of leukemia, much like Willow Tait (Katelyn MacMullen) has been diagnosed recently. Are more similarities in store for Willow and Kristina?

GH Spoilers – Kristina Davis Beat Leukemia, But Not Without Some Familial Hiccups

Before Kristina was born, her mother, Alexis Davis (Nancy Lee Grahn) and Alexis’ then-fiancé, Ned Ashton Quartermaine (Wally Kurth) did everything in their power to convince the world that baby Kristina was their daughter. This cover-up went on for two years.

But eventually, the truth came out that Kristina was the result of a one-night stand Alexis had with Sonny Corinthos (Maurice Benard) when Kristina was diagnosed with Leukemia and was in desperate need of a stem cell transplant. It was Carly Corinthos (Laura Wright) — who had witnessed Alexis’ one-night stand with Sonny — who came forward and told Sonny the truth about Kristina’s paternity.

Carly’s save was just in time for Sam McCall (Kelly Monaco) to give birth to Sonny’s daughter, Lila McCall Morgan, who was stillborn. The stem cells from Lila’s umbilical cord were a perfect match for Kristina. Lila’s life took on new meaning by saving Kristina’s.

General Hospital Spoilers — Willow Tait Has Some Hiccups Ahead, Too

Nearly two decades later, Willow is fighting for her life, and no one knows what will become of her unborn baby, child of Michael Corinthos (Chad Duell). As far as everyone knows, Willow’s only living relative — her mother, Harmony Miller (Inga Cadranel) — died months ago. If Willow needs a transplant, it will be much harder to find a match — or will it?

While on her deathbed, Harmony confessed to Carly that Willow was the twin of Nelle Benson Jerome (Chloe Lanier), meaning Willow’s birth mother is Nina Reeves (Cynthia Watros). Carly confirmed Harmony’s confession with a covert DNA test, but has told no one. It seems like Carly may never learn her lesson. Will Willow end up in dire straits just like Kristina — thereby forcing Carly to tell the truth about Nina’s parentage in order to save Willow’s life?

Yes! Willow is going to make it through this, and so will her baby, but not without a fight! Who will be on her team helping her pull through it? Will Willow and Michael keep Carly in their lives after learning what she’s done? How might Carly feel if she’s suddenly the grandmother who’s been cast aside while Nina is kept in the inner circle? Keep coming back for more news, spoilers, and updates on life in Port Charles!