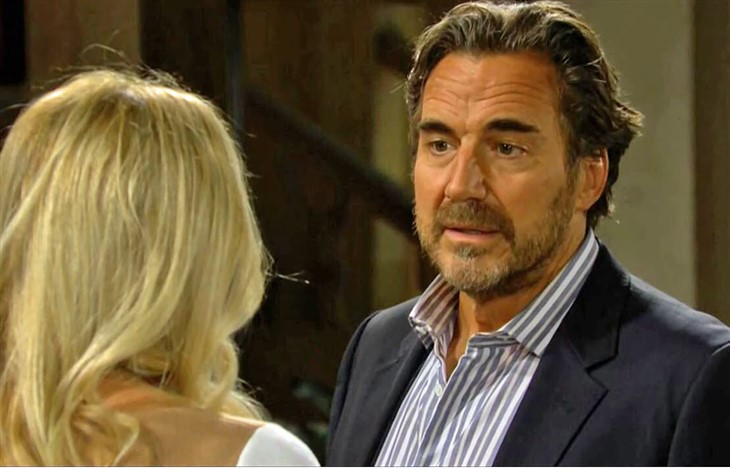 The above winks at a coming break between Ridge and Brooke. That would be a reasonable consequence if Brooke was guilty.

However, a recent scene where Douglas Forrester (Django Ferri) used a voice-altering app on his smartphone suggests that Brooke has been set up. Thomas would be the likely culprit. But other B&B characters could also be behind that devious plan.

The Bold And The Beautiful Spoilers – Taylor Hayes Flies To Aspen, Colorado

Teasers indicate that mega drama will play out soon between Taylor, Ridge, and Brooke at the beautiful off-site spot. Steffy will capitalize on Bill’s soapy happenstance offer, which includes the use of his Spencer jet.

Taylor expressed a desire to leave Los Angeles, California. She feels stymied by Ridge’s inability to break from Brooke but was unaware of the battle that is developing between Kaye and Lang’s characters.

The first reason Ridge believed Brooke was responsible for Thomas being reported to the authorities was natural. Brooke referenced child services when Ridge was recently present.

Brooke’s threat disturbed Ridge and served to undermine his restored confidence in her. Steffy and Thomas have been pressing their father to recognize Brooke’s pattern of inventing trouble, which Ridge rejected until now.

The reputation Brooke has for stirring problems in Ridge’s life allowed whoever is likely framing her to exploit that accurate perception. However, if or likely, when Brooke is proven innocent, Ridge will be in a box of his own making.

Ridge heard what appeared to be Brooke’s voice reporting Thomas. The recording that one of Forrester Creations’ former designers, who now works as a consultant for child services, played seemed to represent proof.

But the fans know that Thomas and Steffy are bound and determined to break Brooke from Ridge and engineer a reconciliation with their mother. Thomas seems the most likely to have orchestrated this scheme that should benefit Taylor.

However, what will Ridge do if he splits from Brooke, reunites with Taylor, presumably in Aspen, and then learns the truth on B&B?