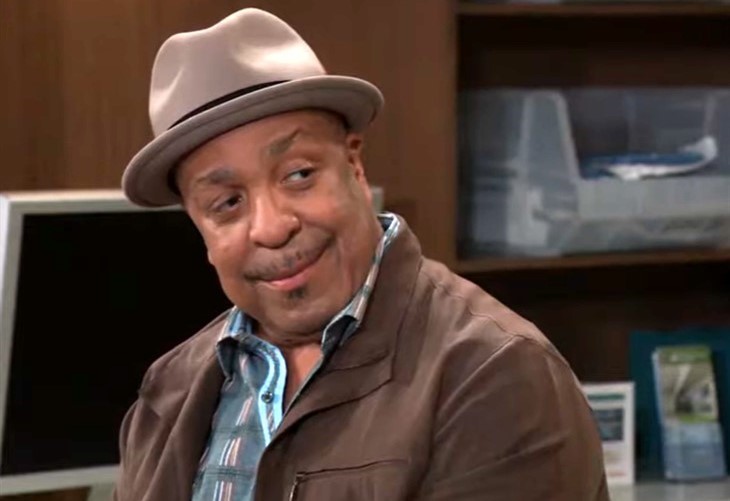 General Hospital (GH) spoilers and updates reveals Marshall Ashford (Robert Gossett) was not happy to come face to face with Sonny Corinthos (Maurice Benard). Marshall seems to be giving Curtis an ultimatum when it comes to being friends with Sonny. What does Marshall have against Sonny?

General Hospital’s Marshall’s rude attitude toward Sonny would have been met much differently if Sonny was not in a manic state. However, Marshall acts as though he knows Sonny and doesn’t like him. Curtis Ashford (Donnell Turner) offered to ask Sonny for help with Marshall’s problem that took him away from his family. After all, according to Marshall, someone is still on his case over the whole disappearance. Marshall was dead set against Sonny’s involvement and even threatened to walk away from his son if he involved Sonny. Sonny doesn’t recognize Marshall but does Marshall have a past with him? Perhaps Marshall crossed Sonny in the past and almost didn’t survive. Marshall may have worked for someone that Sonny has taken out before.

General Hospital’s Marshall is far from being the most honest person in the world. After all, Marshall walked out on his wife and sons years ago and faked his death. Marshall’s wife and her sister have had to struggle to raise those kids. Marshall has been lurking around Port Charles for an unknown amount of time. Has Marshall been laying the framework for someone to take over Sonny’s territory? Could Marshall be an unknown kingpin himself? Is Marshall simply on a scouting mission for someone else? It’s time for Marshall to answer some questions.

General Hospital’s Stella Henry (Vernee Watson) is not sure that Marshall is on the up and up either. Stella has covered for Marshall for years. Now Stella feels that Marshall is lying to her about everything. Curtis is likely to tell Stella how Marshall reacted to Sonny. Stella is a very good friend of Sonny and his family. Stella is likely to go head to head with Marshall over Sonny very easily. After all who is Marshall to disrespect Sonny. Has Marshall not done much worse by walking out on his children? Does Stella know who Marshall has been working for already?

Marshall certainly has a chip on his shoulder and it is causing major issues so far. Is Marshall sitting up to go after Sonny or his territory? Is Marshall working with an old foe or is he someone new? Will Marshall reveal why he dislikes Sonny anytime soon?