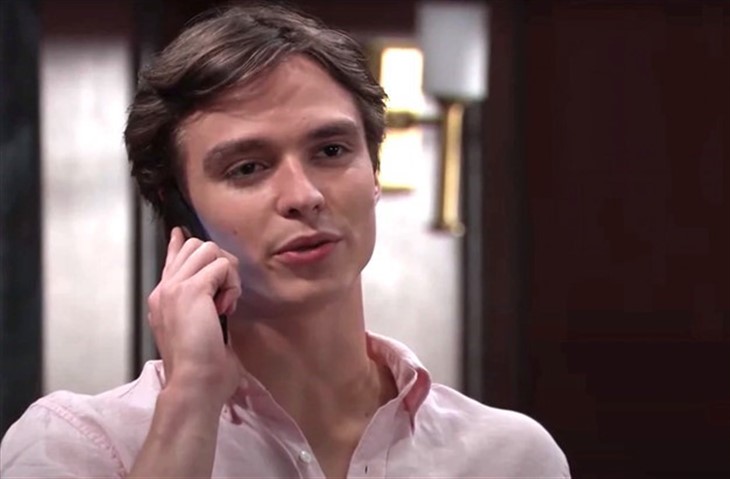 General Hospital viewers will remember that after Esme suggested playing a drinking game at the Corinthos cabin trip, spiking Trina Robinson’s (Sydney Mikayla) hot toddy with tramadol, Josslyn Jacks (Eden McCoy) pleaded with him to see Esme for what she is! General Hospital viewers will remember that Cameron Webber (William Lipton) backed Josslyn up too, while Trina “slept it off” in another room – she’s lucky she woke up, with tramadol being an opioid pain medication and the hot toddies being alcoholic!

Spencer finally saw the light and told Esme exactly what he thought of her drinking game and her embarrassing Trina and the other teens, and Esme cried crocodile tears and wanted to leave. Spencer wanted to check on Trina but Esme wouldn’t allow it – Spencer didn’t think it was a good idea to drive, but Esme had called a car; and now Spencer can’t trust her but he’s not going to let her know it!

GH Spoilers – Keep Your Friends Close And Your Enemies Closer

General Hospital viewers will see Spencer seeing Esme through a new set of eyes and even though his whole world has been turned upside down, he won’t let it show through. Spencer realizes that he will have to let Esme think nothing has changed between them as he re-evaluates how dangerous she truly may be, as they share a tense car ride home.

Esme is probably trying to manipulate Spencer when she tells him she doesn’t want to go home with him, and Spencer realizes that and doesn’t even flinch; he knows he cannot afford to blindly trust everything she says or does anymore! General Hospital viewers will see Spencer display a decidedly more Cassadine side in his dealings with Esme – deciding it is very important to keep his friends close, but his enemies closer. Since he cannot trust what she says, he knows he must watch her behavior and her body language and pull out his duplicitous Cassadine genes as he may have to play a game of cat and mouse!

Longtime General Hospital viewers know that Cassadines sometimes show their family “love” in rather strange ways – such as Victor Cassadine (Charles Shaughnessy) kidnapping Valentin Cassadine (James Patrick Stuart) and telling his henchman to be careful because Valentin is his son! General Hospital viewers will recall that Valentin was knocked out, chloroformed, and put in the back of a SUV as Victor didn’t want interference in his delivering Bailey Quartermaine aka Louise Jones (London and Jett Prinzo-Berendt) to Peter August (Wes Ramsey)!

Might Spencer wind up showing his “love” to Esme in a similar manner – with a Cassadine, one never knows, and perhaps Esme should have done her Cassadine homework just a little bit more thoroughly! General Hospital viewers who know their Cassadines know that you can’t out-Cassadine a Cassadine, and Esme could find that she’s the one in danger now!