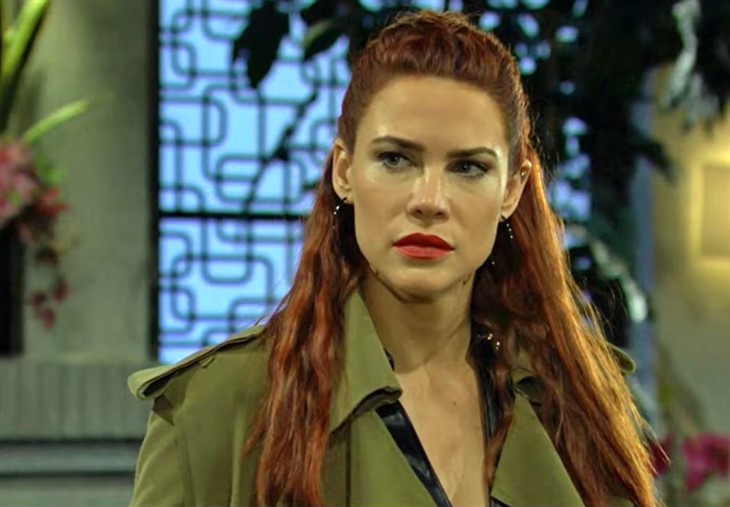 The Young and the Restless (Y&R) spoilers document that Sally Spectra (Courtney Hope) was given a dangerous secret to hold. Adam Newman (Mark Grossman) repeated a pattern that could lead to his undoing.

Victor Newman (Eric Braeden) was concerned about his son. He told him in no uncertain terms to avoid becoming involved with women. Chelsea Lawson (Melissa Claire Egan) and Sharon Rosales (Sharon Case) were the implied distractions at that point in the plot.

Adam decided to play it straight in the recent past, meaning that his life of duplicity was over. He wanted to be a better father to Connor Newman (Judah Mackey) and support the Newman family, rather than relentlessly undermine it.

But Adam’s new outlook also included not wanting to exploit what he thought was Billy Abbott’s (Jason Thompson) latest failure. Adam opted to go easy on his eternal rival rather than take advantage, and Victor did not like it.

But Adam has not gone soft. He might have subconsciously known something was off. Adam was revealed as smart because Billy was playing games that he later self-revealed.

Following the above, Victor decided to employ a family business strategy. He is strongly considering selling Newman Media to Newman-Locke.

Victor kept Victoria’s offer to buy the company from Adam because the Moustache thinks he is soft. In this instance, Victor’s instinct will be proven right, as Adam’s reveal to Sally about the deal was a mistake.

Sally is often not in control of herself, let alone the sensitive matters of a pending business deal. So, whether Adam passed or failed what Victor considered an initial test, he has not passed the second one.

The Young And The Restless Spoilers – Sally Spectra Holds Power

Victor is in the process of allowing his children to cede power back to him. They are not sure what he is doing and are likely to learn the hard way, which will fit their father’s pattern.

Victoria Newman Locke (Amelia Heinle), her husband, Ashland Locke (Richard Burgi), Adam, and now, Sally, all believe that Victor is being shrewd. But none have yet concluded how his ultimate goal will be realized.

Having an outsider, Sally, and someone Victor does not trust holding power is unforgivable. Adam stands to lose, unless Sally plays against type, says nothing, and does not use what she knows to her sole advantage.

B&B Spoilers: Deacon Has Competition For Brooke, Bill Wants Her Back Too!