Is Maxie On General Hospital Married In Real Life 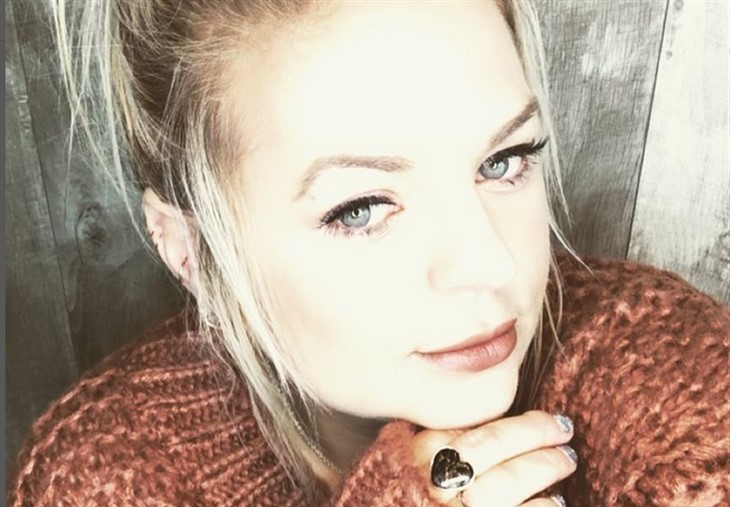 General Hospital’s Maxie Jones (Kirsten Storms) has been shying away from men since her romance with Peter August (Wes Ramsey). Maxie’s choice is men leaves a lot to be desired. Is Maxie’s portrayer, Kirsten, married in real life?

General Hospital’s Kirsten seems right at home in the soap world. Of course, Maxie Jones isn’t her first soap role. Kirsten played Days of Our Lives Belle Black opposite Jason Cook’s Shawn Douglas Brady from 1999 to 2004. Storms joined the General Hospital cast in 2005 and Maxie ended up having an affair with Lucky Spencer (ex-Jonathan Jackson).

Maxie tends to fall for cops and has very bad luck when paired with one. Three of her past boyfriends/husband have been shot and killed. Kirsten had to take leave from the show last year after brain surgery. Kirsten and her ex-husband worked together on General Hospital as well. Kirsten is best known for her role as Maxie on G.H. Kirsten is also a fan favorite.

Harper played Maxie’s daughter Georgie Spinelli (Lily Fisher) at one time as well. Kirsten does seem to have better luck in love than her alter ego Maxie. After her divorce, Kirsten has found another love and their relationship seems to be great.

General Hospital’s Kirsten is dating former guitarist for the Red Jumpsuit Apparatus, Elias Paul Reidy. Kirsten and Elias have known each other since 2007. After Kirsten’s divorce, she and Elias moved in together. Reports suggest that Kirsten and Elias have been on and off for years. According to published reports, the two were together from 2007 to 2011. Kirsten and Elias reconnected in May 2018. As of June 2021, the couple was still living together but were not engaged or married. It doesn’t seem like the couple is too eager to take that step. However, fans are glad that Kirsten is happy and that she came through her brain surgery ok. Kirsten has also survived Covid as well.

Kristen is a fan favorite and fans cannot wait to see what is next for Maxie. However, fans certainly want Maxie to get her daughter back and get rid of Peter once and for all. Some fans hope that Maxie will take Peter out herself instead of leaving it to another villain to do.