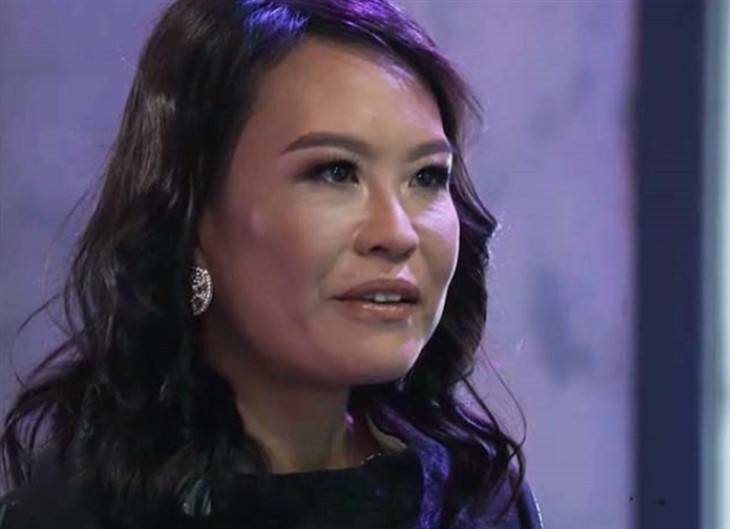 General Hospital (GH) spoilers indicate that Selina Wu (Lydia Look) is making her presence known in Port Charles more than ever before. Thanks to an uneasy agreement with Sonny Corinthos (Maurice Bernard), Selina is free to do business in Port Charles as long as their interests don’t overlap. Sonny has also insisted that Selina doesn’t try to import or sell illicit drugs as well. Selina happily agreed and her first order of business was to get Curtis Ashford (Donnell Turner) to let her use the Savoy!

General Hospital Spoilers – Selina Wu Really Wanted The Use Of The Savoy!

Selina’s first order of business was to find a location for a high-stakes poker game in Port Charles. She repeatedly asked Curtis if he would allow the use of his backroom at the Savoy and Curtis was always quick to turn her down. But when Curtis needed to find out about his father, Marshall Ashford’s (Roger Gossett) past, including his sealed criminal files, the only way he could do it was to ask Selina to get those records, and then he finally agreed.

Although they weren’t close while he was growing up, Selina has taken quite a bit of interest in her nephew, Brad Cooper (Perry Shen) even since he was arrested for his part in a baby swapping situation. Not only did she convince Sonny to use his sway with the probation board to get Brad on Probation but she began to manipulate him as well. He was given the task of making sure Peter August’s (Wes Ramsey) food was poisoned. Peter didn’t die but was in a coma for months. And now Selina had something to hold over Brad’s head. He would much rather be working at General Hospital, but Selina insists he facilitates all the poker games at the Savoy.

One of the biggest surprises the night of Deception’s IPO launch was the revelation that Selina is a stockholder with a lot of money invested in Deception. It’s not clear if this is for legitimate reasons or if she wants to somehow use Deception for her own criminal endeavors. But even Lucy Coe (Lynn Herring) was unaware of Selina’s investment, which means she wanted it a secret for some reason. Perhaps Lucy wouldn’t have allowed Selina to invest if she did it under her own name, given her mob connections. Either way, Selina seems very invested in the future of the company and it wouldn’t be a surprise if it started making suggestions that turn into demands!

Do you enjoy seeing Lydia put her hand in everything? Will Brad work out facilitating the poker games? Does Selina have an ulterior motive for investing in Deception? Anything can happen in Port Charles so stay tuned to General Hospital airing weekdays on ABC. And don’t forget to check back right here regularly for all your General Hospital news, information, and spoilers!