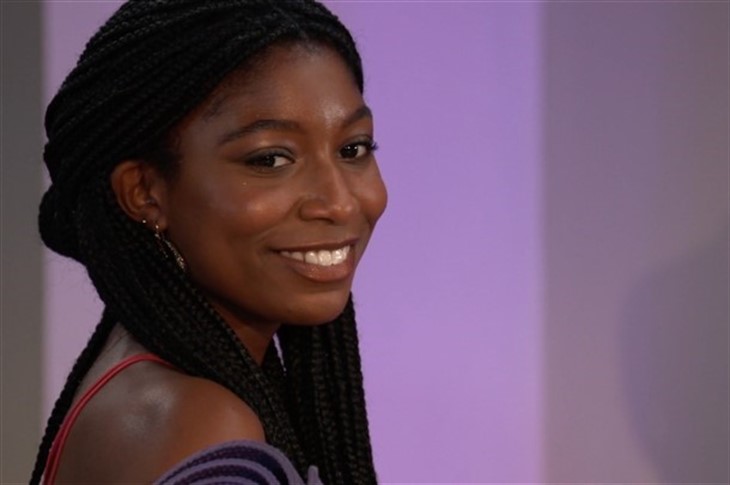 Esme Prince (Avery Kristen Pohl) unfortunately did a very good job of framing Trina, when she filmed Cameron Webber (William Lipton) and Josslyn Jacks (Eden McCoy) having sex. She used a phone identical to Trina’s, used a phone cover identical to hers and then placed it in Trina’s purse after uploading the video to the internet. Then Esme called the anonymous PCPD tip line and reported seeing Trina uploading the video and PCPD Commissioner Jordan Ashford (Tanisha Harper) had no choice but to arrest Trina!

Even Jordan doesn’t believe Trina is guilty, but there is what in legal terms called a “preponderance of evidence” meaning there is more evidence proving she’s guilty than not. Like the movie “The Fugitive” Trina or someone else will have to find evidence proving Esme framed her and filmed the movie to exonerate her!

So far, no one has found any evidence to prove that Esme is guilty and that she framed Trina to take the fall for the crime. That is a major problem although Trina has one ace in the hole she refuses to use – seeing Spencer Cassadine (Nicholas Chavez) in the cemetery at his mother’s grave. Spencer won’t tell either – he had been out of Spring Ridge illegally, arranged by Victor Cassadine (Charles Shaughnessy) – they were there at the same time the video was uploaded. Spencer has been trying to prove Esme is to blame but so far he has been unable to either trick a confession out of her or find evidence. He does have the one pill he found in a bottle in Esme’s closet, but how does he prove she drugged Trina with a pill from that bottle?

Attorney Scott Baldwin (Kin Shriner) is not giving the Robinsons good news as he continues to try and build a defense for Trina – the evidence is solid. However, there is still some time because the court date is still weeks ahead, and he’s going by what is happening now, which unfortunately isn’t much.  He agrees that the “fugitive defense” would be a sure-fire exoneration but they haven’t proven the true perpetrator is Esme or anyone else, for that matter.

Scott just wishes he was Perry Mason and he could pick Esme out of the court gallery and prove her guilt in front of the judge in the courtroom! Portia is even more worried now, the last thing Trina needs is an attorney who learned from a fictional character!

Portia worries to Curtis, when they are by themselves of course, that there will be nothing they can do and her girl will be found guilty! The charges she faces are felonies – her life will be ruined and she will be in prison for many years of her young life without a last minute “Hail Mary”! Portia tells Curtis about the little hope Scott is giving her and Trina, and she didn’t trust that ambulance chaser to begin with, although Ava Cassadine (Maura West) trusts him! Curtis notes that he did get Nina Reeves (Cynthia Watros) off when she was charged with identity theft in Pennsylvania-but he agrees things don’t look good for Trina so far!