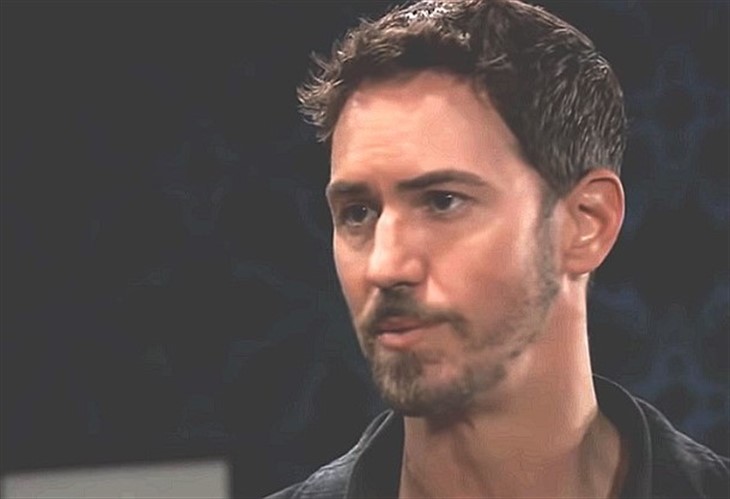 General Hospital (GH) spoilers tease that after months of searching for his daughter, Peter August (Wes Ramsey) finally knows the truth. His daughter with Maxie Jones (Kirsten Storms) has been under his nose all this time. As viewers know, Maxie gave her baby to Brook Lynn Quartermaine (Amanda Setton) for safe keeping in order to protect her from Peter. But thanks to Victor Cassadine (Charles Shaughnessy), Peter now knows the truth. Although he is currently in police custody, Peter will likely be free soon and then all hell will break loose.

When Peter still believed that Maxie didn’t know where their baby was, he thought that they might reconcile. But after realizing that Maxie has been actively keeping their daughter away from him, Peter only has one thing on his mind. He has given Victor an ultimatum in order to facilitate this. He wants to be free from police captivity before he returns to prison. Victor has no choice but to help Peter if he wants Peter to give him the means to control Drew Cain (Cameron Mathison).

It seems like a certainly that Peter will be free soon thanks to Victor. He probably won’t want to risk being out in the open but he still has Drew as his trump card. If he can take control of Drew once more, he can certainly have him bring both Maxie and their baby to him. Of course, Peter could just have Drew kill Maxie outright, but he will likely want to face her one last time.

Peter will likely want to kill Maxie himself, and to make sure the last thing she sees is that he has their baby. Even though Peter will have Drew on her side, Maxie has a lot of allies herself. But they may not be able to reach Maxie in time. It will likely come down to one last face off between them. And only one of them will survive. Maxie may have no choice but to kill Peter herself in order to save herself and their baby!

Is Maxie in danger? Will Drew be forced to do Peter’s bidding once more? And who will walk away when Maxie and Peter face off one last time? Anything can happen in Port Charles so stay tuned to General Hospital airing weekdays on ABC. And don’t forget to check back right here regularly for all your General Hospital news, information and spoilers!