GH Spoilers Monday, January 31: Sonny Is Ready To Make A Massive Move, Will Carly Let Him? 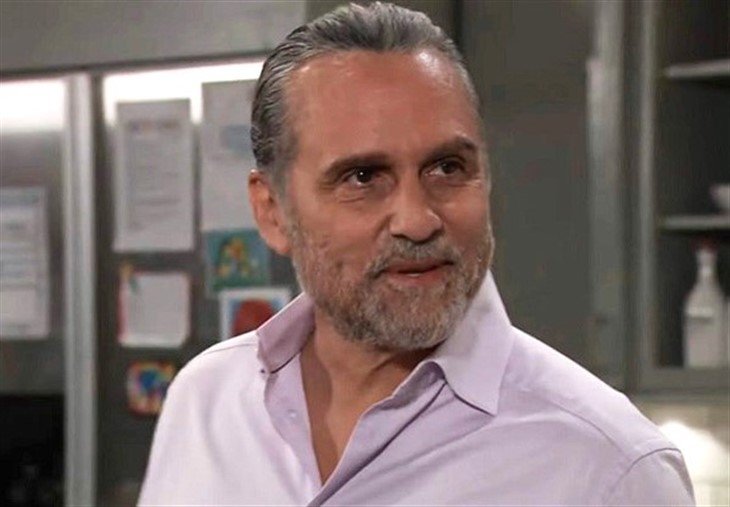 General Hospital (GH) spoilers for Monday, January 31, 2022, reveal Sonny is back on his meds and determined to win back Carly because he continues to insist that is what is best for him.

Nina Reeves (Cynthia Watros) managed to get Sonny Corinthos (Maurice Benard) through his manic episode but when she ran into Carly Corinthos (Laura Wright) at the yoga studio Carly wouldn’t let her get a word in edgewise so he still doesn’t know what happened.

When Sonny and Carly see one another on Monday he makes a grand gesture to get her to see his point of view and give him a chance, but Carly again refuses to hear what anyone is trying to say to her and tells Sonny she feels him pulling away. Is she really that tone deaf? And isn’t she the one who pulled away?

But what is this grand gesture and does it have anything to do with Ned (Wally Kurth) and Olivia’s (Lisa LoCicero) vow renewal since Ned advises Sonny to not do what he plans to do? (And Sonny and Carly already renewed their vows, so enough of that.)

GH Spoilers – The Morning After At The Cabin

While Trina Robinson (Sydney Mikayla) lay sad and sick, Josslyn Jacks (Eden McCoy) and Cameron Webber (Will Lipton) had sex for the first time not knowing that Esme Prince (Avery Pohl) was recording the whole thing. And now Esme pretends she is the victim when talking to Spencer Cassadine (Nicholas Chavez). She is not sure she likes him anymore and if she wants to go home with him.

This is not what Spencer expects to hear so he has to try to talk Esme down as Joss wonders if it was the alcohol that made Trina tell the truth about her feelings for Cam — and her feelings about being a fifth wheel.

General Hospital Spoilers – Is There A Future For Liz Webber And Hamilton Finn?

Elizabeth Webber (Rebecca Herbst) and Hamilton Finn (Michael Easton) discuss what has been going on between them and around them of late and wonder where they go from here. While Liz does have feelings for Finn, she also wonders if maybe someone is out there trying to destroy Franco Baldwin’s (Roger Howarth) legacy and who it could be. Stay tuned to General Hospital weekdays to see how these stories play out.