GH Spoilers: Can Anna Take Peter Down Or Will She Fold? 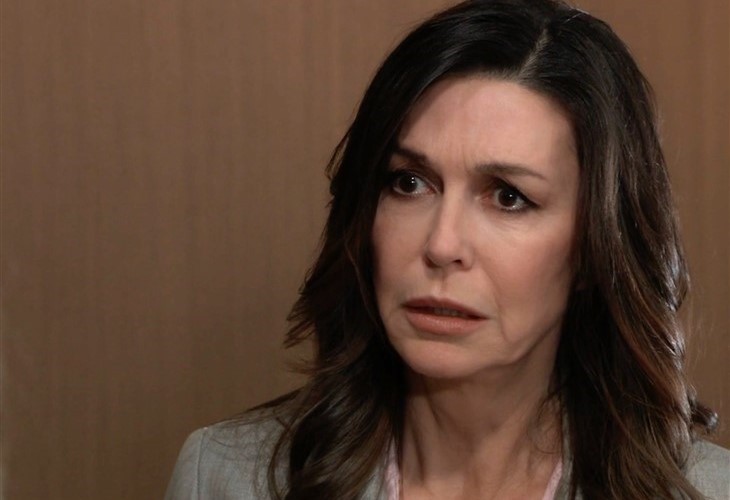 General Hospital (GH) spoilers and updates reveals Anna Devane (Finola Hughes) has gone to Sweden bound and determined to take down Peter August (Wes Ramsey). However, Anna has been determined before and Peter is still alive and well. Will Anna take him down this time or will she fold once again?

General Hospital’s Anna once thought that Peter was her son. Anna has too much of a soft spot for Peter to be able to kill him. However, Anna has plenty of backup waiting to step in if she cannot. Drew Cain (Cameron Mathison) has gone with Anna to make sure she has backup. Of course, Robert Scorpio (Tristan Rogers) may have been the better choice. Robert hates Peter and would have taken him down months ago if Anna would have let him. Drew wants to make Peter pay for kidnapping Maxie but also for killing his brother Jason Morgan (ex-Steve Burton) as well. Will Drew and Anna be able to take Peter down together or will Victor Cassadine (Charles Shaughnessy) help him once again?

General Hospital’s Peter is very good at manipulating Anna. When Peter thought he was Anna’s son he used the abandonment issues to get his way. When Peter found out that Alex Marick’s (Finola Hughes) son, he used that to manipulate Anna. Peter knows exactly what buttons to push to get Anna off her game. Unfortunately, Peter would kill Anna in a heartbeat and think nothing of it. Someone could have to kill Peter to save Anna’s life because of their history.

General Hospital’s Anna may have to kill Peter to save Maxie or someone else. Could anna bring herself to kill Peter? If Maxie were in danger, Anna may be able to pull the trigger. After all, Peter has lied to her for years. Has Peter done enough damage to kill the love that Anna had for him? When push comes to shove, will Anna get rid of Peter once and for all? Could Peter kill Anna even with all the support she has with her? Going after Anna would certainly be the way to get Robert to come after him. Robert would not stop until peter is dead. Will Robert have to kill Peter to save ann after all?

Anna may be pushed into a corner and have to react. However, how Anna reacts could seal the fate of many people. Will Anna be forced to kill Peter or die herself?

B&B Spoilers: Taylor Figures Out What Sheila Has Done – Will She tell Ridge?”