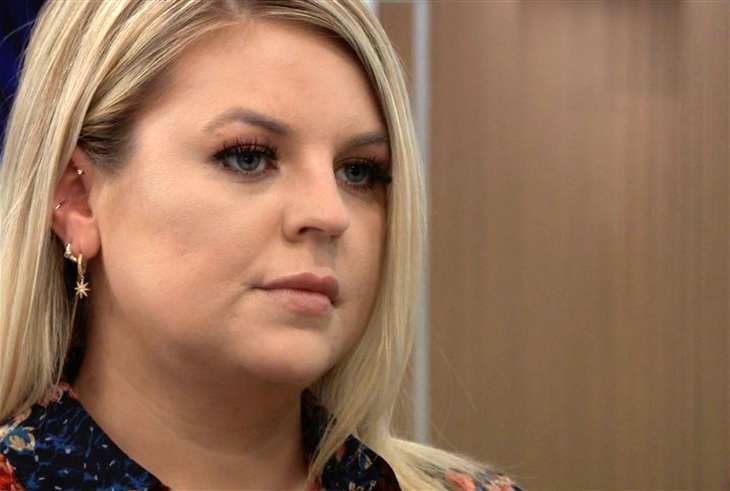 General Hospital Spoilers – Everyone Wants A Piece of Peter

Is there anyone in Port Charles, in Switzerland, or the entire GH fandom that doesn’t want a piece of Peter August (Wes Ramsey). Arguably one of soaps’ worst villains, Peter has been torturing Maxie Jones (Kirsten Storms), PC, and the audience for way too long and now he’s holding Maxie hostage and she is using every move she knows to let the people who love her know where she is.

As Peter is a dumb cartoon villain and not even fun, when Maxie pours on the charm and tells him that she will only be honest with him from now on, he seems to fall for it. However, there is trouble with the super spies trying to save her.

Victor Cassadine (Charles Shaughnessy) has planted a man within their ranks and Dante Falconeri (Dominic Zamprogna) seems to figure out what is going on, which leads them all back to square one in their search.

It’s easy to forget that Ava Jerome’s (Maura West) nephew is Leo, the little boy Ned Quartermaine (Wally Kurth) is raising as his own. Julian Jerome (William deVry) has only been gone a little over a year but somehow he is never mentioned and the fact that he is Leo’s real father seems moot. Except for when Olivia Quartermaine (Lisa LoCicero) informs Julian’s sister that the little boy has autism.

Meanwhile, Ned and Leo spend some bonding time together and it looks like Leo has something important to tell the man he considers his dad.

After that awful cabin fiasco in which the truth about Trina Robinson (Sydney Mikayla) being drugged has still not been addressed, Josslyn Jacks (Eden McCoy) and Trina finally have time to sit down and have a long talk about what happened that night. Can their friendship survive it?

In addition, Laura Collins (Genie Francis) has a nice talk with her houseguest, Esme Prince (Avery Pohl), and tells her some things are going to need to change. Stay tuned to General Hospital weekdays to see how these stories play out.