General Hospital Spoilers Friday, January 14: Carly Is Ready To Turn Drew Into The Next Jason…Again 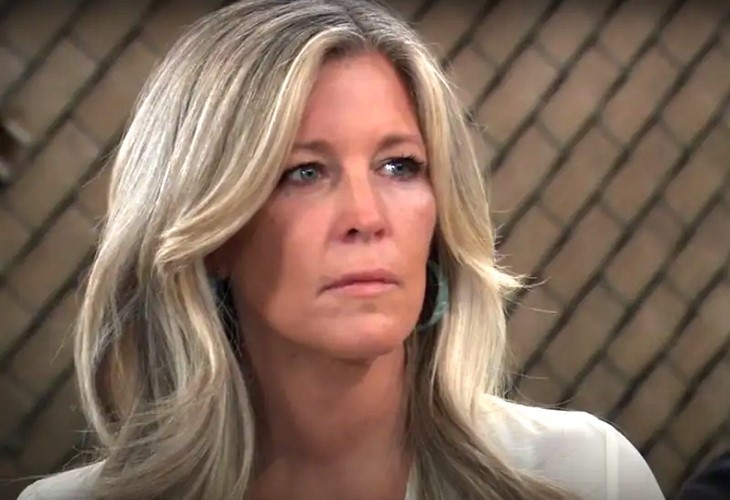 General Hospital spoilers for Friday, January 14, 2022, reveal Carly finding a new friend to vent to who may remind her way too much of her old friend — who was much more than a friend.

Once upon a time, Jason Morgan (Steve Burton) was presumed dead so Carly Corinthos (Laura Wright) almost married the man she thought was his brother, Franco Baldwin (Roger Howarth). Then, she latched onto the idea via a photograph that a man calling himself Jake Doe (Billy Miller) was Jason Morgan. When the real Jason returned, she dropped that man, now known as Drew Cain, like a hot potato and never looked back — till now.

So, Jason is dead, in her mind an amnesiac Sonny (Maurice Benard) betrayed her, but Drew (Cameron Mathison), who really is Jason’s brother is looking mighty good so she’s decided he will be her new best friend and she will tell him all her life’s woes and hopes he rescues her whenever she needs it because she is Carly. But first, she has to apologize to him for being mean the night they met on the bridge Jason once shared with Robin Scorpio (Kimberly McCullough) and not her.

Meanwhile, her bonehead son is back at Casa Corinthos telling Sonny that he will never forgive him for letting him look like a fool in court over Nina Reeves (Cynthia Watros). Dopey Michael (Chad Duell) has no idea that Nina now has Tad Martin Grey (Michael E. Knight) working for her, ready to challenge him in court over Wiley. Ava Jerome (Maura West) wonders if this is such a good idea.

Laura really lays into her son for not wanting to do the right thing and reconcile with his son before he serves his sentence, but neither male Cassadine looks like they can even stand the other at the moment.

Later, Kevin Collins (Jon Lindstrom) learns that young Esme Prince (Avery Pohl) has been interning at Hotel Jail where his brother Ryan Chamberlain now lives. Kevin is mighty alarmed to learn that Esme has been spending time with Ryan and she wants to know just how much time Esme gives his insane brother.

Speaking of insane, Dante Falconeri (Dominic Zamprogna) wants to know as much as he can about Peter August (Wes Ramsey) so he asks Britt Westbourne (Kelly Thiebaud), who now knows the secret of who poisoned Peter. Will she tell? Stay tuned to General Hospital weekdays to find out.

Days Of Our Lives Spoilers: Lucas Returns To Do Something Insane