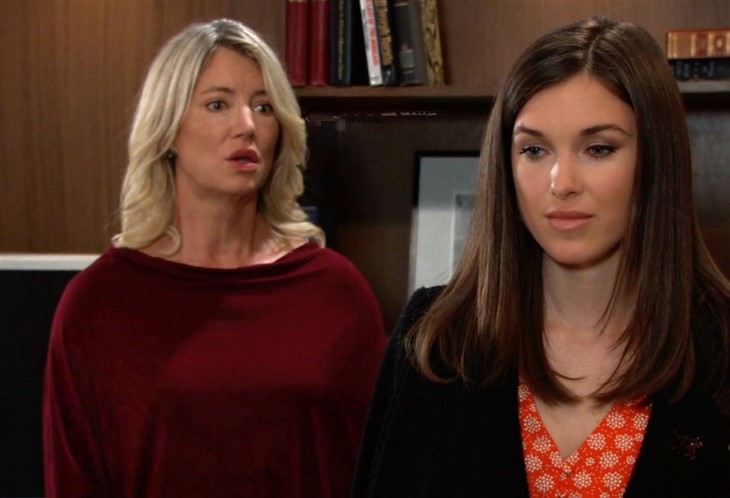 General Hospital (GH) spoilers reveal the rivalry between Nina and Willow heating up again after it had simmered for quite some time.

When Willow Tait (Katelyn MacMullen) first arrived in Port Charles and got into it with Nina Reeves (Cynthia Watros) when Nina was spoiling stepdaughter Charlotte and Willow was her third grade teacher who caught her bullying, fans just assumed that Willow would turn out to be Nina’s long lost daughter. After all, they hated each other just as much as Sam McCall (Kelly Monaco) and Alexis Davis (Nancy Lee Grahn) did when they first met.

But, eventually, GH decided Nelle (Chloe Lanier) should be Nina’s daughter — or at least we were supposed to believe that because of a necklace Nelle liked to wear that was the other half of the one that went with Nina’s baby when Nina’s mother gave her away. But let us not forget that when Willow saw Nina with the necklace, she was stunned, but never said why. Did Willow have a necklace like it, too?

We know who Willow’s parents are, but was Willow adopted or just switched with Harmony’s real baby? Maybe one day we will know…

When Nina discovered that Nelle was her daughter via the necklace clue, she never even asked to exhume Nelle’s body and do a DNA test. For that matter, nobody even did a DNA test on Wiley to see if he was any relation to Nina at all. Everyone just decided that the necklace told the whole story, but what if it didn’t? What if Nina were to discover via DNA that she and Wiley have no relationship at all? That would mean Nina isn’t her daughter.

As Nina and Willow’s old rivalry once again comes to the forefront, it would make sense at this point to just make Nina her mother so something could come of Nina’s long-lost daughter story and she’ll actually have a daughter who is not presumed dead and therefore, not on screen. That would be a payoff after wondering about Nina’s not-so-dead child for years. Stay tuned to General Hospital weekdays to see if that ever happens.