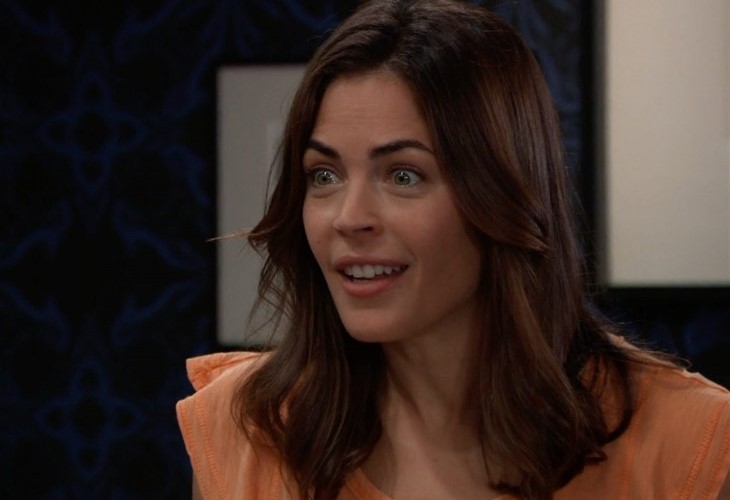 General Hospital spoilers and updates tease that Britt Westbourne, (Kelly Thiebaud) who lived with and was involved with Nikolas Cassadine (Marcus Coloma) for a time when Spencer Cassadine (Nicholas Chavez) as a child, will have a heart to heart talk with him like a mother and son in an upcoming episode of General Hospital!

Trina had also told Spencer that she was going to use him as her alibi which he was shocked by – but then Esme’s showing her puppy dog eyes and crying didn’t help any. Viewers know that Esme is going to suck every last bit of sympathy she can out of Spencer, as well as his father Nikolas – and especially Nikolas, considering he and his sympathy is a big part of her plan to break up him and Ava Cassadine (Maura West)!

Britt has been no saint, but that gives her a rather unique perspective on who Spencer should trust, and she knows it’s not Esme! Spencer talks to Britt about his history with Trina and his history with Esme, and his concern about Sonny Corinthos (Maurice Benard) terrorizing Esme with his suspicions! General Hospital viewers know that Britt was very manipulative when she first came to Port Charles – she was obsessed with Dr. Patrick Drake (Jason Thompson) and seduced him in the hospital shower, then tried to fake a pregnancy!

She implanted one of Dante Falconeri (Dominic Zamprogna) and Lulu Spencer’s (Emme Rylan) embryos in herself and gave birth to who is now Rocco Falconeri (Brady Bauer). Spencer was a small child at the time and she asks if he remembers “Baby Ben” – and tells him the rest of the story, and that she sees that same kind of manipulation in Esme – but, there is hope for change if Esme wants to change!

General Hospital viewers know that Britt doesn’t know Trina all that well, but she does know her mother somewhat, working in General Hospital together, and she has always found Dr. Portia Robinson (Brook Kerr) to be a very honest person. Britt realizes that sometimes children go astray in spite of how they are raised, but she can’t see that a child of Portia’s would do what Trina has been accused of.

Britt poses the question to Spencer of how hard is Esme pushing the narrative of Trina’s guilt – sometimes trying too hard to make someone believe something indicates a lie! Spencer also confides that Trina’s rejection has stung him, and stung him hard – he realizes he blew anything they could have had together, and Britt tells him that unfortunately, some things cannot be fixed. But, if he changes his mind and agrees to be Trina’s alibi it would go a long way towards making amends!