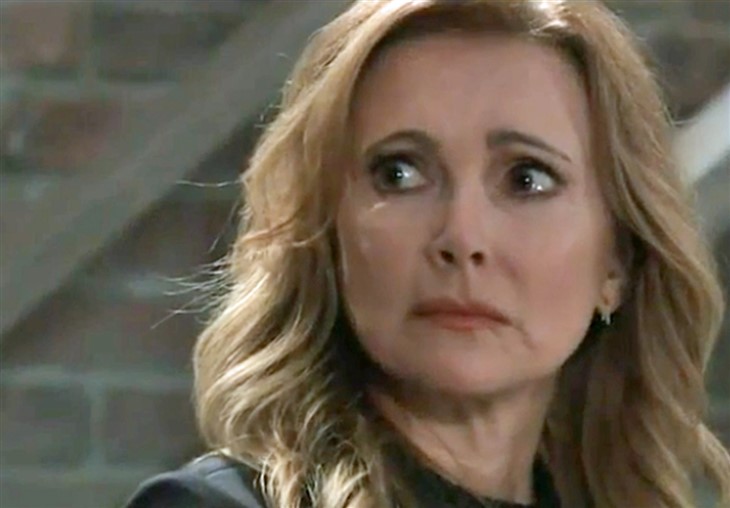 General Hospital spoilers reveal a turkey at the Q Thanksgiving and Holly playing with fire — literally.

We all know that somehow the Q Thanksgiving never actually involves turkeys no matter what any Quartermaine tries but this year will be different — we think. While it’s obvious the family will order a pizza and their friends and family will gather around them, but it also seems like a wild turkey makes its way into the Q kitchen.

It doesn’t look like this will be the turkey anyone ends up eating, but it sure does seem to be a wild and fun time. Oddly enough, even Carly Spencer (Laura Wright) is there when at one time she was public enemy number one with this family considering her husband killed Monica Quartermaine’s (Leslie Charleson) son in cold blood and Carly was ok with it.

While the holiday season gets into full swing with the Qs, General Hospital spoilers show Robert Scorpio (Tristan Rogers) has to deal with the fact that Holly Sutton (Emma Samms) betrayed him and he fell for her tricks once again. Holly is desperate for cover so she kidnaps Laura Collins (Genie Francis) and it’s never, ever a good idea to kidnap the town mayor.

Things go from bad to worse for Holly when the cabin she leaves Laura in bursts into flames just as the authorities start to surround her. Both Robert and Jordan Ashford (Tanisha Harper) are there with their bullhorns begging Holly to just give herself up, but we all know she won’t do so easily because she has to save her son, Ethan Lovett (Nathan Parsons), from Victor Cassadine’s clutches.

Will Holly disappear and leave Laura to burn? Probably. Will Laura actually burn? Well, no. This is Laura and this soap is not about to allegedly kill both Luke and Laura in the same year. That would be madness. Stay tuned to General Hospital weekdays to see a Thanksgiving week to remember — albeit a little but late.