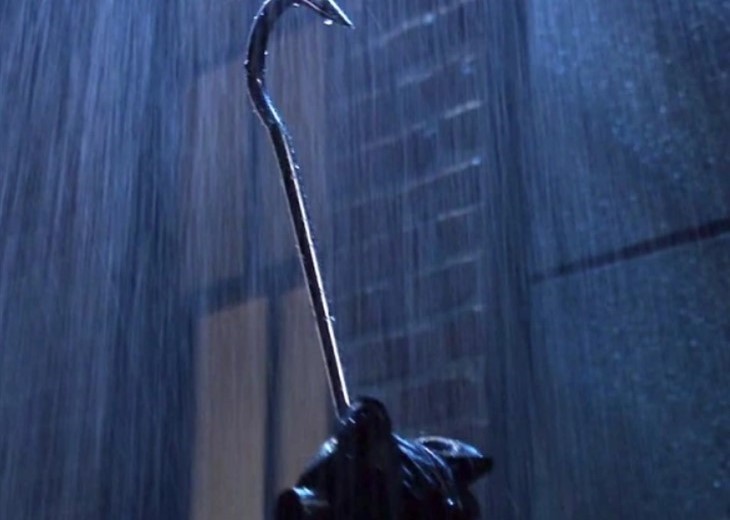 General Hospital (GH) spoilers tease that Captain Hook has seemingly been targeting people that have an association with Sonny Corinthos (Maurice Bernard). It’s unclear if Branda Corbin (Johnny Wactor) was just in the wrong place at the wrong time or if he was the intended target. If Josslyn Jacks (Eden McCoy) was actually who the Hook wanted, it would also imply that the people have a connection to either Sonny or Trina Robinson (Tabyana Ali). Let’s just assume that the killer wants to remove everyone close to Sonny for now.

General Hospital Spoilers – This Isn’t The First Time A Hook Was Used In Port Charles!

Years ago, Sonny and Jason Morgan (Steve Burton) hung AJ Quartermaine (Sean Kanan) on a meat hook for an extended period of time. And Sonny and AJ’s continued their animosity toward one another with Sonny eventually murdering AJ under the mistaken assumption that AJ killed Kate Howard (Kelly Sullivan). It was actually Ava Jerome (Maura West) that ended Kate’s life, but she let AJ take the blame and he paid for it with his life.

GH Spoilers – AJ Quartermaine Was Believed To Be Dead For Several Years!

There was a long period of time several years ago when Monica Quartermaine (Leslie Charleson) faked AJ’s death and he was living away from Port Charles. Very little is known about AJ’s activities during this time but it seems quite likely that he could have fathered a child. AJ didn’t mention another child when he returned but it is possible that he didn’t know. Either way, since the killer is using a hook and targeting people in Sonny’s life, someone may be trying to get justice for AJ.

Michael Corinthos (Chad Duell) grew up with Sonny as a step-father but he did get close with AJ before Sonny shot him. Sonny and Michael were estranged for quite a while after that but eventually reconciled. But now that Sonny and Michael are at odds again, Michael could be a suspect as well. But Michael isn’t a cold-blooded murderer, so if these killings are about AJ, it seems more likely that a previously unknown child of his is out there, trying to right the wrongs they believe were committed against him.

Is the Hook after Trina or Sonny’s friends and family? Could the motive be all about AJ? Did he have another child that wants payback? Anything can happen in Port Charles so stay tuned to General Hospital airing weekdays on ABC. And don’t forget to check back right here regularly for all your General Hospital news, information, and spoilers!

Days Of Our Lives Spoilers: Allie Stuns Chanel With Shocking Idea Will Their Relationship Survive?