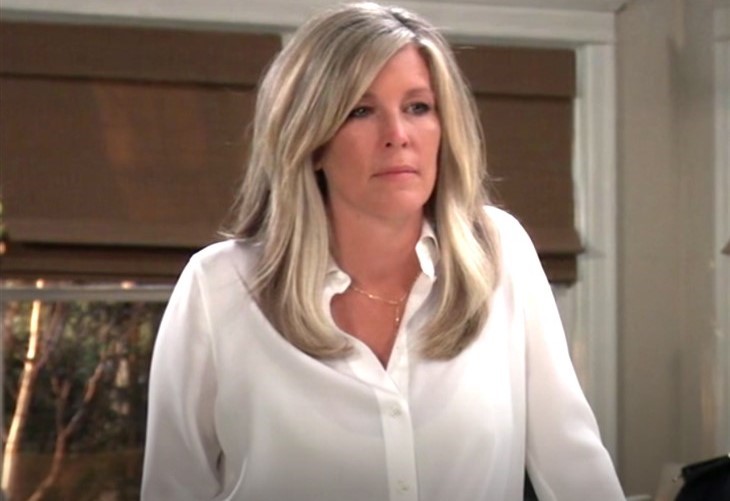 General Hospital spoilers reveal Carly doing everything she possibly can to keep the truth from Willow that Nina is her mother, but according to the GH props department, she kinda sorta is not her mother. She is her father.

So, Carly Corinthos (Laura Wright) has a secret envelope in her purse with DNA results that kinda show that Nina Reeves (Cynthia Watros) and Willow Tait (Katelyn MacMullen) are mother and daughter, but she’s certainly not about to tell anyone about this. She even lied straight to Drew Cain’s (Cameron Mathison) face that the DNA results say that Nina is not Willow’s mother after all. She just claimed that Harmony Miller (Inga Cadranel) was a disturbed woman on her deathbed saying disturbing things.

Eventually, this is all going to blow up in Carly’s face and we are here for it, but perhaps when someone finds that envelope in Carly’s purse, what’s in it should be replaced by DNA results that don’t make eagle-eyed viewers scratch their heads. The mistake was quite obvious if fans — and Carly — had just looked twice.

While it was clearly the fault of the GH props department, one has to wonder if Carly can even read. As one viewer on Twitter pointed out, the paper the props people stuck in that envelope says that Nina is Willow’s father, not her mother in several places. Yes, the word paternity is all over that paper, and in only one spot does it say “biological mother”.

“According to this test, Nina is Willow’s FATHER. #Paternity #GH #GeneralHospital,” one fan tweeted. The tweet made many fans laugh as this was clearly a mistake and one that could have been fixed had production people been a little more careful.

It makes fans wonder if Carly can even read correctly. Maybe these DNA results aren’t accurate and she should check them again. Of course, we know they are accurate and this was all a mistake that barely anyone would know about if social media didn’t exist. Will the paper say the right thing the next time Carly stares at it or the next time someone else looks at it and figures out the truth once and for all? (And let that person be Sonny Corinthos or Nina, please.) Stay tuned to General Hospital weekdays to see how this story plays out.