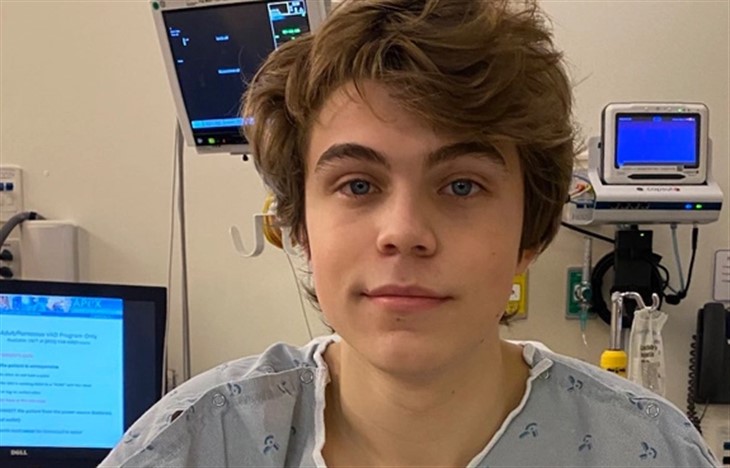 General Hospital spoilers and updates tease that William Lipton is on the road to recovery less than a week after undergoing surgery. The young actor had a tonsillectomy and was advised to rest his voice for a few days.

In an Instagram post, Lipton greeted his fans through a short video. In the clip, the actor, whose voice sounded raspy, thanked everyone for their well wishes and get well soon messages as he recovers from his operation.

Lipton didn’t reveal if he had been confined in the hospital or if he went home after the operation since it was an outpatient procedure. Nevertheless, he seems to be doing well.

“I’m currently on my feet and able to kind of talk just a little bit, which is… oh my gosh, it was an effort to get to this point,” the actor said. He thanked everybody for all the encouragement and love as he recovers from surgery.

The actor also took to Twitter to update his followers about his recovery. He shared a photo of him wearing a hospital gown and said that his operation was a success. He also posted a sweet message for his fans and promised them that he’ll be back soon. Co-star Sydney Mikayla commented on his tweet and wrote that she’s loving Lipton’s raspy voice.

Back on General Hospital, Cameron Webber, (William Lipton), is set to go on a weekend getaway with Josslyn Jacks (Eden McCoy). Will their trip be a memorable one or will things go awry since they’ll be accompanied by their friends?