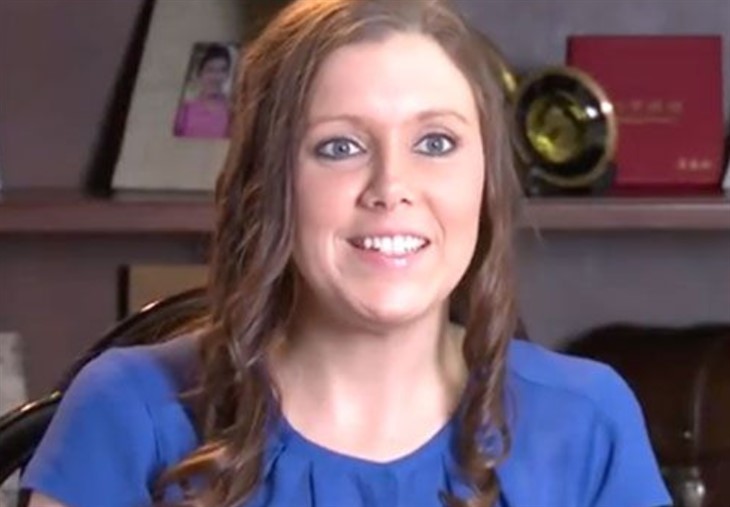 Anna Duggar reportedly won’t let go of her love for Josh Duggar. And although her husband remains jailed in the wake of a child pornography guilty verdict, Anna has spent major money to stay in touch. Josh’s wife reportedly feels so determined to stay in touch that she didn’t take the ban on visiting him as a message, reported the Hollywood Gossip.

When Anna discovered that the detention center would not let her visit Josh in person, she sought other options. Find out exactly how much money Anna spends on staying in touch with her husband. And learn what the “19 Kids And Counting” alum really feels about his guilty verdict below.

Since Josh got convicted early last month, Duggar has remained in a jail cell at a detention center. The 33-year-old will stay there until he receives his sentence for his child pornography guilty charges. But due to the COVID-19 pandemic worsening, Anna can’t visit Josh in person.

As a result, Josh’s wife can either email him or make a video call. A video call with Josh begins at 25 cents for each minute. And if Anna prefers to send her husband an email, she must pay $5.00. Local jails such as the one in which Josh now lives reportedly often charge more for outside communications than prisons.

While no one knows how Anna supports herself and her children, Anna reportedly views staying in touch with and honoring Josh as part of her duties. Her religion requires women to serve God, her church, and her spouse. But that devotion works both ways. The “19 Kids And Counting” alum has reportedly sought to stay in touch with Anna even behind bars, reports the Sun.

Jailed Josh, Wife Anna Make More Than 100 Calls To Each Other

Since Josh Duggar ended up behind bars, he and his wife Anna have called each other more than 100 times. But none of his sisters have called their brother, who got handed a guilty verdict for possessing and receiving child pornography. Josh remained on trial for approximately two weeks, with various members of his family showing up to listen to the rulings.

The logs at Josh’s detention center show that Anna, 33, made a total of 39 calls to her husband from the period of December 12, 2021 to January 2, 2022. On Christmas Eve, Anna called Josh five times, totaling 47 minutes. In addition, the mom of Josh’s seven children called twice on Christmas Day for about 27 minutes.

Anna celebrated New Year’s Eve by calling Josh three times for 20 minutes. And she then reached out to talk with him again three times on New Year’s Day for more than 40 minutes. On January 2, Josh’s mother Michelle set up a video chat, talking with her son for about six minutes.

What do you think about all the calls that Anna Duggar has made to her husband? Share your views with us. And then check back on our site for more Duggar family news.