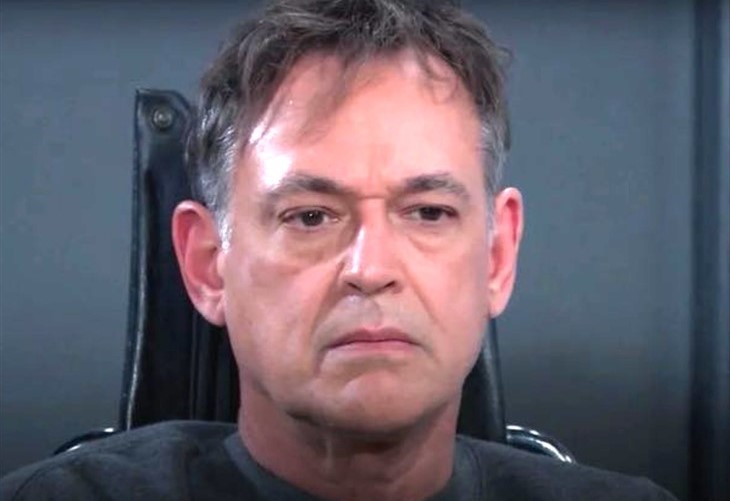 General Hospital spoilers and rumors tease that Ryan Chamberlain (Jon Lindstrom) is still obsessed with Ava Cassadine (Maura West)! General Hospital viewers can expect him to make some major moves to win her back in future episodes!

General Hospital viewers can tell that Ryan’s obsession with Ava has definitely not diminished – with the reveal that he has been faking his locked-in syndrome the whole time in a recent episode of General Hospital, he’s still planning to go after her! Another recent reveal is that Spencer Cassadine’s (Nicholas Chavez) girlfriend, Esme Prince (Avery Kristen Pohl) has been helping Ryan all along since the stalking incidents began – she’s been faking her interest and great love for Spencer and using him as a means to an end. That end is to help her birth father, Ryan, break up Ava’s marriage to Nikolas Cassadine (Marcus Coloma) so that Ryan can marry Ava and give Esme the family she wants. Esme doesn’t like Ava and doesn’t want her for a stepmother but Ryan says it is what he wants that matters and he wants Ava so Esme will simply have to adjust!

GH Spoilers – A Months Long Plan To Reclaim His Obsession

General Hospital viewers will recall from Ryan’s conversation with Esme in a recent episode of General Hospital, that this plan has been something he has been working on for months – with his daughter’s help of course. She’s been working the Spencer hatred of Ava end while he’s been lying low and pretending to be “locked-in” the whole time, fooling everyone from Harmony Miller (Inga Cadranel) to his own twin brother, Dr. Kevin Collins (Jon Lindstrom)!

It sounds like Ryan has been waiting for the right time to strike, hiding in plain sight so to speak, so no one will suspect that it’s him doing what he obviously intends to do! No one really knows who financed Esme’s schooling at Spencer’s private school in France or how she got into the school, or who was paying her trust fund although it’s pretty easy to figure out how she knew Spencer was in this particular school. Ryan would have been easily able to access that knowledge while he was impersonating Kevin and had access to Laura Collins’ (Genie Francis) records while she was in France helping Spencer recover from his skiing accident.

General Hospital viewers can figure that Ryan has had ways to keep up with Ava’s life since he has been “locked in”, one of which undoubtedly was Esme’s reporting back to him. He wasn’t real happy with her for getting sidetracked and playing “juvenile pranks” and exhibiting “juvenile behavior” such as making sex tapes of her classmates and putting them on the World Wide Web!

General Hospital viewers will recall that he has ordered Esme to try harder to break Nikolas and Ava up, whether it be by manipulation of Nikolas, or inserting distrust between them by setting them up in compromising situations with others and setting them up to find out! Viewers can easily imagine Esme seeing Victor Cassadine (Charles Shaughnessy) flirting with Ava and manipulating Nikolas to suspect them of having an affair! Ryan, however will be the one who makes the plan and expects Esme to follow the steps he gives her!