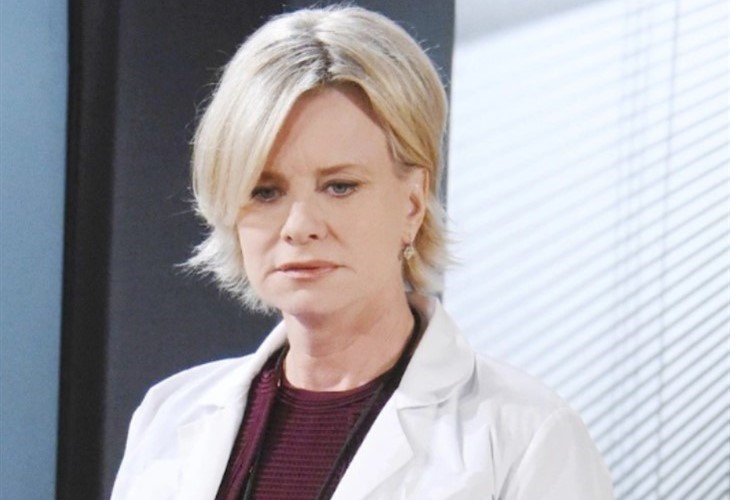 Days of Our Lives spoilers for the week of March 14 reveal it’s not long before Leo Stark (Greg Rikaart) puts a new scheme into motion. Leo tries to convince Craig Wesley (Kevin Spirtas) to go after Kayla Johnson’s (Mary Beth Evans) job. Leo might have gotten the idea after hearing

Days Of Our Lives Spoilers  – Craig Wesley Confess To His Dirty Tricks Trying To Be Chief Of Staff All Those Years Ago.Leo Stark’s Claim

DOOL spoilers reveal that Brady Black (Eric Martsolf) and Chloe Lane (Nadia Bjorlin) are worried about Craig. Chloe and Nancy Wesley (Patrika Darbo) are still reeling from Craig coming out as gay and admitting he has a lover. Craig said that he’s in love with this person.

Chloe reluctantly agreed to meet the mysterious man in her father’s life. However, Brady and Chloe were alarmed to learn that Craig is dating Leo. Brady tried to educate Craig about Leo’s history. Leo did damage control by admitting he did some bad things in the past but Craig’s love changed him.

When Leo said that he wants to be a better man, Craig made a confession. Craig told Leo all about his devious scheme to become the chief of staff at the hospital many years ago. Instead of Craig really paying attention to Brady’s warning, the doctor seems to be blinded by love. So, Craig’s confession about playing dirty to get the chief of staff position is interesting considering what happens next.

Days of Our Lives spoilers reveal that Kayla is currently the chief of staff at the hospital. Kayla seems to be doing everything right. There doesn’t appear to be any reason for anyone at the hospital to want her removed or replaced. However, Leo comes up with a scheme that directly could affect Kayla’s job.

During the week of March 14, Leo tries to pressure Craig into going after Kayla’s position. Craig might be interested in the position, but probably won’t feel right about going after it since Kayla’s already doing a good job. Leo could come up with all kinds of reasons to change Craig’s mind, though.

The question is what is Leo’s ultimate goal? Craig is already wealthy, so it’s unlikely that Leo’s motivation is for Craig to make more money. Knowing Leo, there is a much bigger scheme in play. Will Craig end up getting a broken heart when it’s revealed that he’s just a pawn in Leo’s grand plan?