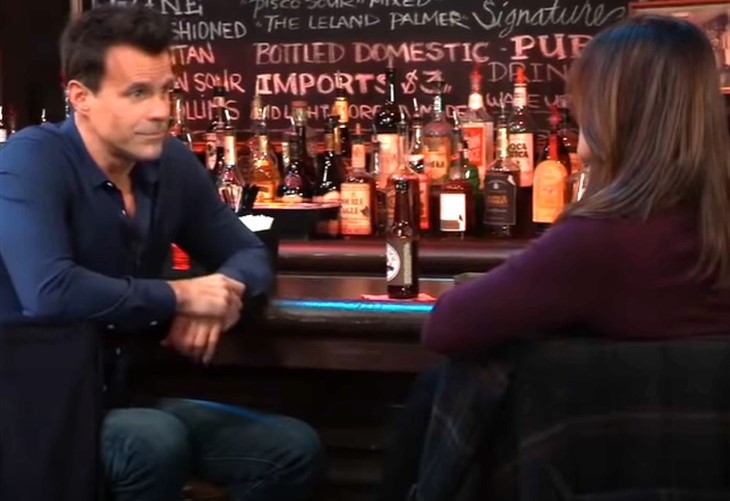 General Hospital (GH) spoilers tease that it may be time for Dr. Britt Westbourne (Kelly Thiebaud) to find romance, possibly with Drew Cain (Cameron Mathison). As viewers know, Britt and Jason Morgan (Steve Burton) had a connection, and although his marriage to Carly Corinthos (Laura Wright) broke them up, she still felt a connection to Jason when he died last fall. Since then, Britt has been focused mostly on work, much to the chagrin of her mother, Leisl O’Brecht (Kathleen Gati) as well as Maxie Jones (Kirsten Storms). Maxie recently grilled Britt about her lack of a love life. Britt said she was happy being single, but Maxie wasn’t so sure.

Meanwhile, Mayor Laura Collins (Genie Francis) has been working with Drew, Sam McCall (Kelly Monaco) and Dante Falconeri (Dominic Zomprogna) on a plan to run Victor Cassadine (Charles Shaughnessy) out of town. They know that won’t be possible until Victor gets what he wants. Whatever Victor is looking for, the key is with Drew’s missing memories. Apparently, when Drew was a Navy Seal he knew the location of something that Victor is desperate to find. He had planned to activate Drew’s programming to locate that information. That was something that only Peter August (Wes Ramsey) knew how to do.

GH Spoilers – Dr. Britt Westbourne May Be Caught In The Plan!

But Britt knows how to deactivate Drew, as she watched Peter do exactly that when they were in Greece. And as luck would have it, Peter’s personal effects have been sent to Britt! Once Victor learns that Peter’s things are going to be sent to Britt, he may try to take the tarot card needed to activate Drew. But he will have to go through Britt first. And since Drew and his partners know Peter sent Britt his personal effects upon his death, hopefully they will get to her first. But Britt won’t likely just sit on the sidelines. She is going to want in on whatever Drew, Sam and Dante are planning.

The more Britt insinuates herself into Drew and the other’s plans, the closer in proximity she will be to Drew. Although Drew is Jason’s twin brother, they are as different as night and day. Britt and Drew may find romance along with danger as the two grow closer. And this may be exactly what both of them need!

Will Victor steal the tarot card from Britt? Will Britt and Drew find themselves on the same side against Victor? And could a romance be far behind? Anything can happen in Port Charles so stay tuned to General Hospital airing weekdays on ABC. And don’t forget to check back right here regularly for all your General Hospital news, information and spoilers!