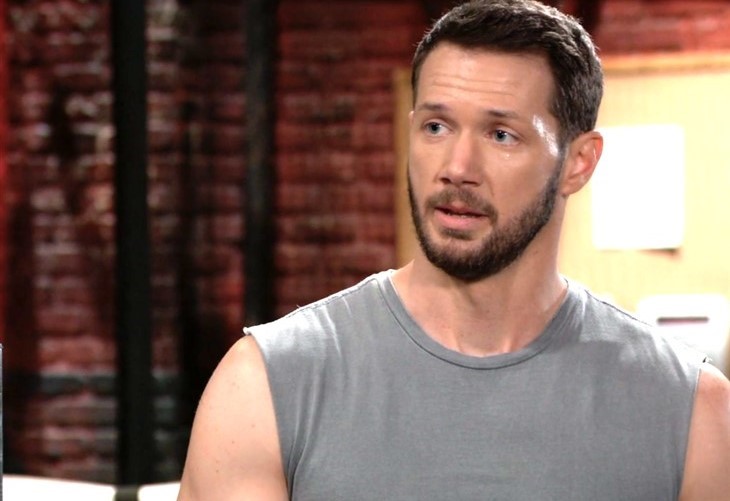 General Hospital Spoilers tease that Brando Corbin (Johnny Wactor) and Sonny Corinthos (Maurice Bernard) have become much closer in recent months. With the death of Jason Morgan (Steve Burton) and the loss of Brando’s baby with Sasha Gilmore (Sofia Mattsson) have made these two closer than ever. But Sonny needs to replace Jason as his enforcer, and Brando seems the most likely choice. But if he accepts it may further drive a wedge between Brando and Sasha.

While Sasha has tried to just get on with her life, Brando can’t seem to be able to do that. His constant need to talk about the baby they lost doesn’t sit well with Sasha. She says she will never forget their son, but for she seems to be focused on getting back to work. Sasha may also be back on drugs, as she almost seems to be too happy considering everything she has been through.

GH Spoilers – Sasha Gilmore Insisted That Brando Corbin Leave The Mob Once Before.

When she was pregnant with their child, Sasha insisted the Brando leave the mob life behind if he wanted anything to do with her and their child. Brando happily agreed. But now that he and Sasha seem to be moving further apart, and with Sonny in need of help, Brando may change his mind. He’ll never replace Jason in Sonny’s eyes, he and Brando will form a different kind of alliance. And just in time, because there are forces gathering to threaten Sonny’s territory.

General Hospital Spoilers – Jennifer Smith Is Working With Someone Else!

When Jennifer Smith (Holly Gagnier) showed up at Luke Spencer’s (Anthony Geary) she was clearly on a fishing expedition. The mob families on the west coast have unified and Jennifer seems to be working with them. If they begin to move toward Sonny’s territory, he’s going to need all the help he can get against this new threat. Brando may be the answer to Sonny’s prayers!

Are Brando and Sasha going to continue to drift apart? Will Brando become Sonny’s new enforcer? Who is the new threat that Jennifer is working with? Anything can happen in Port Charles so stay tuned to General Hospital airing weekdays on ABC. And don’t forget to check back right here regularly for all your General Hospital news, information and spoilers!