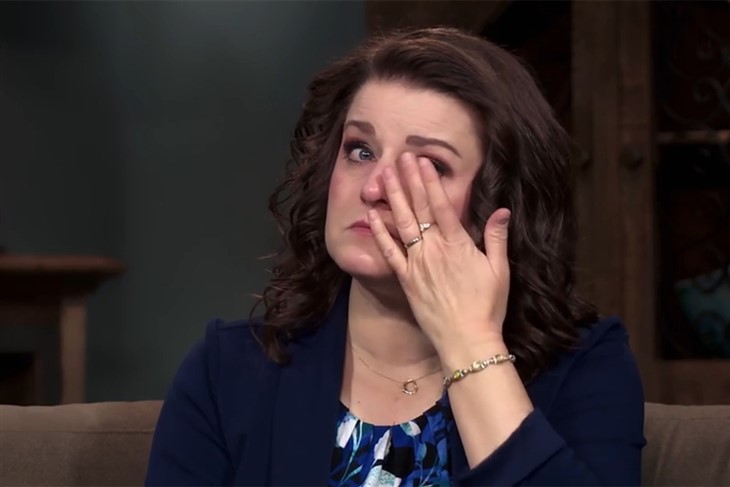 Sister Wives Season 16 ended and the Tell-All premieres Part 1 of three on Sunday, January 30 on TLC. This year, the Tell-All will take a slightly different format and the preview that dropped on January 27 looks explosive. However, fans saw Robyn crying again. So, they blasted her for what she said and for the tears that she shed.

As fans saw that the Brown family became increasingly fractured, they start to wonder if Kody will make a clean sweep of his wives with the exception of Robyn. Commonly known amongst TLC fans as “Sobbin’ Robyn,” they wondered why she was the only one in the preview to shed any tears. After all, fans know that Kody spent the entire time of the coronavirus with her at the expense of the other wives. Plenty of friction came over Kody Brown’s rules on social distancing. And finally, Christine, his third wife left him after 26 years.

If you worry that Sister Wives Season 16 might be the last, well the show goes on. These days, Christine lives in Salt Lake City, Utah. But, she travels to Flagstaff a lot. recently, her son Paedon, Meri, and Robyn confirmed that the family films for Season 17. Additionally, spoilers revealed that Kody and Christine share the custody of their youngest daughter, Truely. Fans heard from the couple that they officially split and in the show, they saw the lead-up to her decision. OIf course, fans wonder if, in the new one-on-one format of the Tell-All, Janelle Brown confirms that she also leaves Kody.

In the teaser, Meri, Janelle, Kody, Robyn, and Christine spoke with Sukanya Krishnan. Well, Meri didn’t give out much, apart from saying that she doesn’t know how “far we should get into this.” Then, TLC fans saw that normally placid Janelle fumed about how Kody’s rules fractured the family. Additionally, she talked about not respecting him. Meanwhile, Kody also fumed and threw a tantrum about how Christine and perhaps Janelle are over his polygamous lifestyle. he said, “You’ve got these beautiful children and you hate polygamy?” Then he yelled “Crap!”

Well, Sobbin’ Robyn was also featured in the preview. As usual, she cried. Sister Wives fans always get irritated when she cries and sometimes they think she uses it as a tool to avoid answering hard questions. She said, “I don’t see how you can consider giving up as an option when you haven’t really tried.” Well, that set off fans who lambasted her in the comments section. After all, they saw Christine try everything to make things work. So, fans loved it when Kody underestimated the depth of her anger with him. Meanwhile, Christine smiled that secret smile of hers as she told Sukanya that she and Kody “are divorced.”

Sister Wives fans were flabbergasted at Robyn crying and her comments about not trying. One of them wrote, “So Robyn divorcing her ex was ok because she tried. What Is the difference between her trying & Christine’s trying?”:

Another TLC fan commented, “Oh geez. I don’t think I can take 3 episodes of Sobbin Robbin blubbering through an interview 😭😭😭😭.”

This comment also arrived: “[Robyn] is so quick to pass that judgment when the husband is giving all of his attention to you and your kids. It just absolutely infuriates me that she could be criticizing the way Christine is handling this.”

This comment summed up what fans see as hypocrisy by Robyn: “Robyn literally divorced her first husband, then got Kody to divorce Meri (his then only legal wife) so that she could marry Kody. She suddenly has such an issue with divorce🤷‍♀️.”