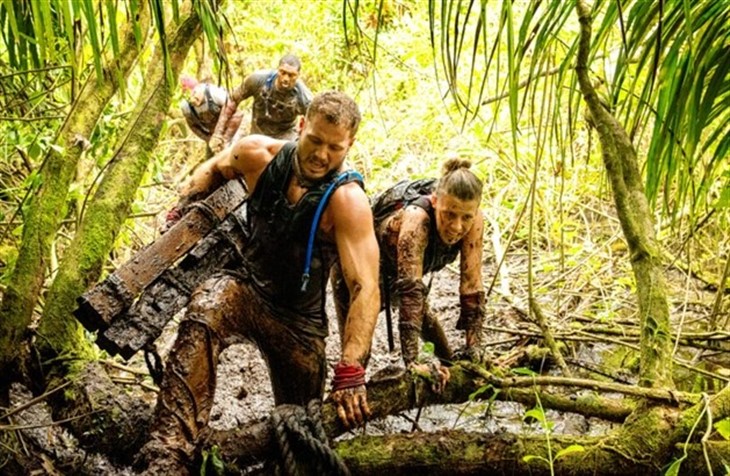 CBS finally responded to all those rumors about a celebrity version of the beloved reality TV competition show, “Survivor!” And the network did more than confirm the speculation. As a result of all that gossip, CBS unveiled complete details for the new show, titled “Beyond The Edge”!

So butter that popcorn and pull out your calendar. And get ready to place your bets on the possible winners! Find out everything to know about “Beyond The Edge,” from cast to dates to the host, below.

Survivor Spoilers – Who Stars In ‘Beyond The Edge’?

Rumors about a celebrity version of “Survivor” began in December. And CBS might want to look into just who on the network staff has taken on the undercover role of leaking spoilers! As a result of that sneaky undercover agent, most of the star-studded cast already got leaked.

But now the network has confirmed some of the previous details. For instance, CBS just shared that the new reality TV show will follow the same style as “Survivor,” per Variety. And in all, nine celebrities signed their contracts to participate in the new show, “Beyond The Edge.” Among those stars: Two country singers (Lauren Alaina and Craig Morgan), a Super Bowl MVP (Ray Lewis), and a supermodel (Paulina Porizkova)!

But while that quartet might seem like fan faves, others appear equally qualified to appeal to viewers. For instance, fans of “Full House” and “Fuller House” will cheer for actress Jodie Sweetin. And “Real Housewives” viewers will love the fact that “Real Housewives Of New York City” star Eboni K. Williams signed on! Other celebrities confirmed for the “Survivor” style show include NBA champion Metta World Peace, NFL star Mike Singletary, and television fan fave Colton Underwood (“The Bachelor”).

Survivor Spoilers – Does Jeff Probst Host ‘Beyond The Edge’?

“Survivor” fans will want to get their virtual calendars ready to put big stars on March 16. As part of CBS’ confirmation, the network shared that the reality series “Beyond The Edge” will debut March 16 at 9 p.m. ET. And we now even know the location. Those nine celebrities mentioned above will head to Panama to compete!

But alas. Fans of “Survivor” host Jeff Probst had hoped that the eternally chirpy star would take on that role again for the celebrity-focused version. And understandably so, given that Jeff has served as host since it premiered in 2000. But instead, Showtime sports announcer Mauro Ranallo will do his best to reproduce Probst’s powerful hosting skills!

And the absence of Jeff Probst doesn’t mark the only difference in this version of “Survivor.” For instance, the stars will compete on teams rather than deal with eliminations or judges. But it all goes to a good cause. Those teams will compete to raise funds for the charities that they choose.

But the suffering that typifies “Survivor” does occur, according to CBS’ description of what happened when the stars got together in Panama. Imagine “torrential downpours, scorching heat and deadly wildlife while living in the exotic Panama jungle!” As a result of an environment so different from their lives, producers also gave the stars an escape clause.

For those celebrities who can’t handle anymore, they can reach for a bell. Ringing the bell will signal that they feel ready to head home. But it also means they will miss out on contributing to their charity. As for how to win? After 14 days, the two top stars vie in a final competition to win the largest amount of money for their chosen charity.

David Garfinkle, Jay Renfroe, Jay Bienstock and Greg Goldman executive produce in tandem with eOne’s Renegade. And that might offer a clue, because Renegade previously produced “Naked And Afraid!” But Goldman did share a confession. Calling the show “the most extreme celebrity format ever attempted,” he shared that the producers worried that the stars would “just bolt!”

But instead, all the celebrities “pushed themselves to their breaking point,” he added. Do you feel surprised by that description of the “Survivor” spinoff? Share your views with us. And then check back on our site for more celebrity news and television updates.