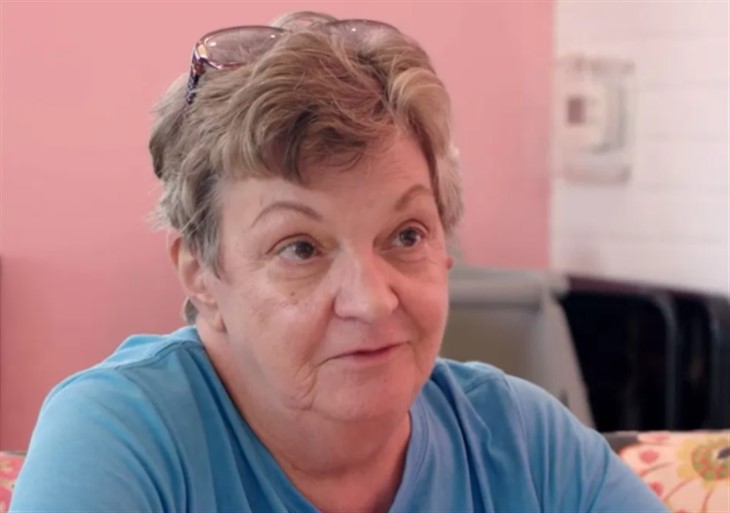 Who could forget the February episode of 90 Day Bares All, when Colt’s mom, Debbie Johnson, opened up about her lively past? On that show, Debbie said she “had a lot of one night stands” while working as a go-go dancer at Whiskey a Go Go in West Hollywood.

Among her one night stands was the Marlboro Man which caused some amusement. When asked by Shaun Robinson which Marlboro Man it was, Debbie couldn’t remember. To be fair, there have been four men in that coveted role! However, it turns out there was at least one other celebrity in Debbie’s life.

Debbie was interviewed by Entertainment Tonight this week, where she opened up about another celebrity in her past dating life. She said she was involved with basketball legend, Wilt Chamberlain.

Debbie explained that she first got in contact with Wilt Chamberlain when she asked for his autograph at a game. However, after this, she used to talk to him on the phone. “He wanted me to come over to his house, but I never quite got there and we would talk on the phone. He would call me and one time, before the playoffs … it was between the Knicks and the Bucks … and I was talking to Wilt Chamberlain the whole time. It was interesting, it was fun. I enjoyed it.”

However, while Debbie and Wilt had a phone connection, she insists they never took things to a physical level. This is despite the fact that the athlete claims to have had sex with 20,000 women. Debbie said he told her he had been with 100 women and she never wanted to become one of that 100.

In the interview, Debbie joked that 90 Day Fiancé fans think of her as a “lonely old b****.” However, she had quite the life before Colt came along. She mentioned that this was the 50s and 60s, which was a “fantastic time to be a young lady.” Debbie said she knows how to have fun and how to have a good time. In fact, she says she still does. At this point, “lover boy” Colt chimed in, saying, “I learned my ways from somewhere.”

While Debbie’s overbearing ways helped to make Colt famous on 90 Day Fiancé, she said that Betty, Brandon’s mom, is “a lot worse than I ever was.” Fans will recall Brandon Gibbs and his mom and dad, Betty and Ron and the problems for his poor girl, Julia. Debbie went so far as to advise Betty to “back off” and told Brandon and Julia to “get the heck away from her.”

Fans can watch 90 Day Fiancé stars Colt and Debbie competing on the season finale of Love Games on discovery+ on March 22.