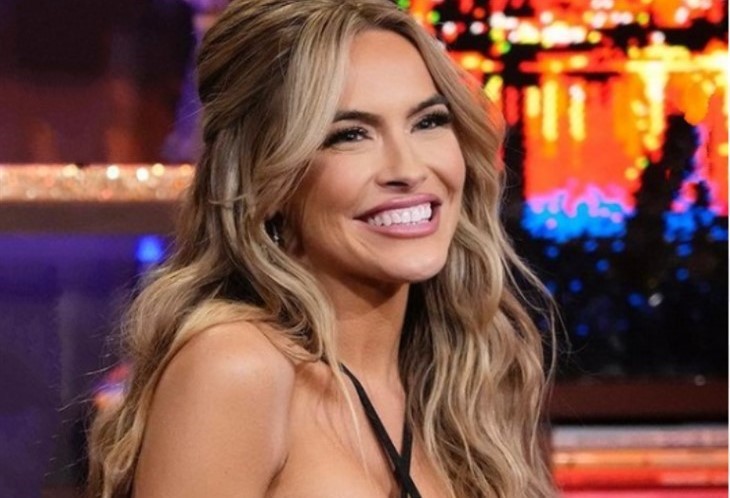 Chrishell Stause, famed for “Selling Sunset” and Days Of Our Lives (DOOL), faced a major decision about the wedding ring representing her defunct marriage to ex-husband Justin Hartley of “This Is Us” fame. Should the 40-year-old reality TV star keep that band as a memento? Sell it on eBay and donate the proceeds to a favorite charity?

Find out what Chrishell just shared about her decision on how to deal with that wedding ring from Justin. And see what else the Days Of Our Lives alum hinted about her views on Hartley. Get the latest Chrishell Stause news below.

When life gives you lemons, add vodka. That’s the advice from “Selling Sunset” star Chrishell Stause. And she hinted that she views ex-husband Justin Hartley as the lemon!

During a recent appearance on “The Kelly Clarkson Show,” Chrishell confessed that she decided to sell Justin’s wedding ring to provide funds for a new house, reported People. And Kelly went wild for that confession. “Was that therapeutic? ‘Cause I love that. That’s funny,” gushed Clarkson, 39.

Because Kelly just finalized her own divorce from ex-husband Brandon Blackstock, the two women bonded over Stause’s dumping of Hartley’s ring. “When sometimes life gives you lemons, sometimes you’ve gotta add a little vodka,” joked Chrishell. “I was trying to, you know, make the best out of a situation.”

Reflecting on the reality TV star’s decision, Kelly praised Stause. “I mean, what are you supposed to do? Keep wearing it? I think that’s amazing,” declared Clarkson. “You did something good with the money.”

Chrishell Stause – What Went Wrong For Justin Hartley And Chrishell?

But although Chrishell Stause can joke about her divorce now, the collapse of her marriage to Justin Hartley played out in a painfully public arena. Starting in 2017, Chrishell and Justin’s marriage initially looked perfect. But during the third season of Stause’s Netflix series, the divorce occurred.

In 2021, Chrishell and Justin ended their marriage. And Hartley promptly began a romance with actress Sofia Pernas. Last spring, Sofia tied the knot with the “This Is Us” actor.

For Stause, the knowledge of how easily Justin went from divorcing her to wedding Pernas felt painful. “I feel like anybody would be heartbroken to see how quickly or easily you are replaced,” pointed out the “Selling Sunset” star. “Of course that’s going to sting,” she added.

However, Chrishell did look for a new love. And the reality TV star even enjoyed a short romance with her TV show boss Jason Oppenheim. But the two ended their affair because they could not agree on whether to have children.

“You can’t talk out this problem. It’s just something that, it is what it is,” shared the real estate agent. “I will say it’s a relationship I’m really extremely proud of. I think that we entered and left it with so much respect and love for each other.”

Tell us what you think. Do you feel surprised at what Chrishell Stause did with Justin Hartley’s wedding ring? And after you’ve shared your views, check back on our site for more celebrity news.