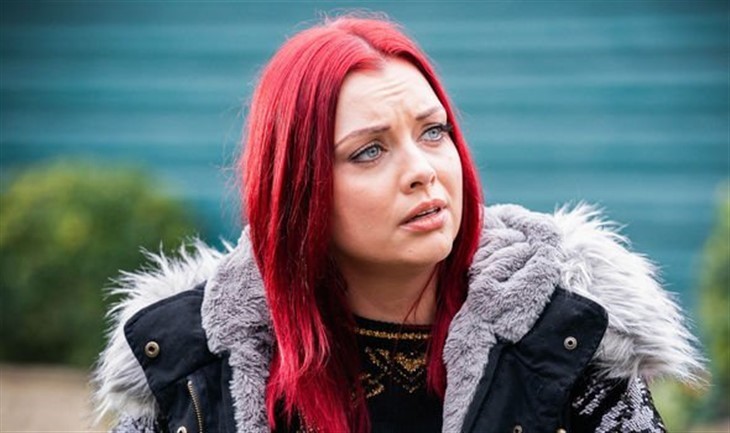 Spoilers hint that Finlay Baker (Ashley Byam) and Felix Baker (Matthew Morrison) will throw a party while Chelsea Fox (Zaraah Abrahams is out of town. At first, Whitney already decided that she didn’t want to go. But she’ll change her mind when she learns that Zack is coming and is looking for someone special.

Whitney dresses for the occasion and waits for Zack to join the party. However, she’ll be left devastated when he walks in with Mandy. Zack will be taken aback by Whitney’s reaction and he’ll learn why later on.

Later on, Zack will be disappointed when Whitney acts as though she’s not bothered by Zack. Felix and Finlay continue to encourage her to look for love as they head over to The Albert. Zack arrives and tries to win Whitney over. After much convincing, she eventually agrees to go for a drink with him. Is this the start of something special between Zack and Whitney?

EastEnders shared some details about Amy Mitchell’s (Ellie Dadds) self-harm storyline. The new plot started subtly last month when it started to become obvious that she was hiding something from Denise Fox (Diane Parish).

The storyline will become more prominent next week as Amy fails to cope with her break up with Denzel Danes (Jaden Ladega) and the rumor that’s been going around school that they slept together. Sam Mitchell will learn about Amy’s struggles. She makes a shocking discovery and warns Jack Branning (Scott Maslen) about it.

“It was really important for us to explore a storyline focused on Amy’s mental health challenges – the issues she faces impact so many young people and their families across the UK, so we hope this will help to raise awareness and to start a conversation amongst viewers,” EastEnders’ executive producer Chris Clenshaw said.

“Storylines like Amy’s are so important as they can help communicate the emotions felt by the young person and their family when faced with self-harm,” Jenny Cavendish, Project Co-Manager at Alumina said.

Sister Wives Spoilers: Meri Brown Claims She Is Happy With Her Life, But Is She?