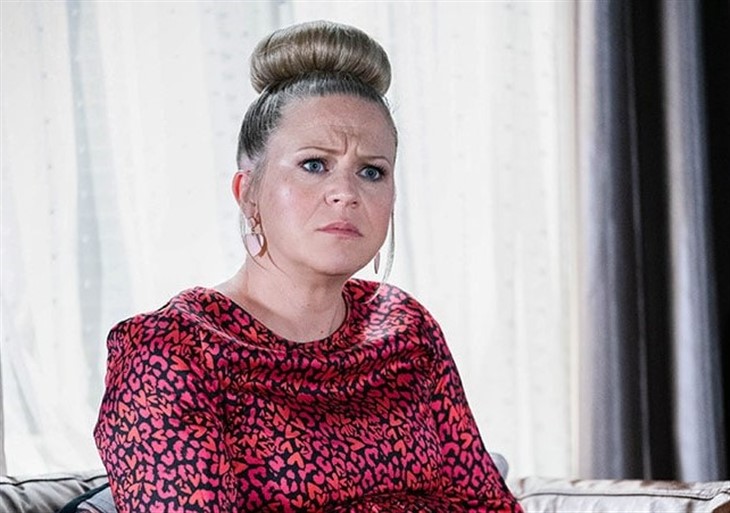 EastEnders spoilers, news, and updates tease that Linda Carter (Kellie Bright) is set to wake up from her coma next week. But will Linda remember the crash? Or will she suffer from brain damage?

Fans may recall that people thought that Linda’s car accident was due to her drunk driving. But the truth is that it was all Janine Butcher’s (Charlie Brooks) doing. She was actually behind the wheel when they got into an accident. She pulled Linda out and placed her in the driver’s seat to make it look like she was driving under the influence.

Janine pretended she was just a passer-by when someone stopped to help Linda. Janine fled the scene and thought that her secret will not be revealed as long as Linda remained in a coma.

But things will start to unravel next week as Linda regains her consciousness. However, the Carters recently learned that if she wakes up, she may experience brain damage. The question now remains. Will she recall the circumstances before and during the crash?

It’s been confirmed that Danny Dyer is leaving EastEnders. What will happen to Linda Carter once her husband goes away? The actress behind the role, Kellie Bright, assured fans that her alter ego is here to stay even after Dyer’s departure.

“I’m happy to stay at the moment although I am obviously sad to see Danny go,” she said during an interview with Inside Soap.

“He’s my best friend here – we’ve been together since the beginning and I’m really going to miss him. He wants to do other things and I support him as a mate, but at the same time, it’s sad for me,” she continued.

The actress admitted that she has no clue what’s next for her character. She hasn’t asked the powers that be either as to what she can expect. Bright just wants to enjoy her time while Dyer is still around.

As for Dyer, the actor wants his character to be written out of the show in a “huge, epic way.” The actor said that he didn’t want his alter ego to leave the show because of a heart attack. He wants people to talk about his departure and that’s why he wants it to be huge.

Days Of Our Lives Spoilers: Steve’s Bad Reaction To Tripp’s Move, Ava The Voice Of Reason