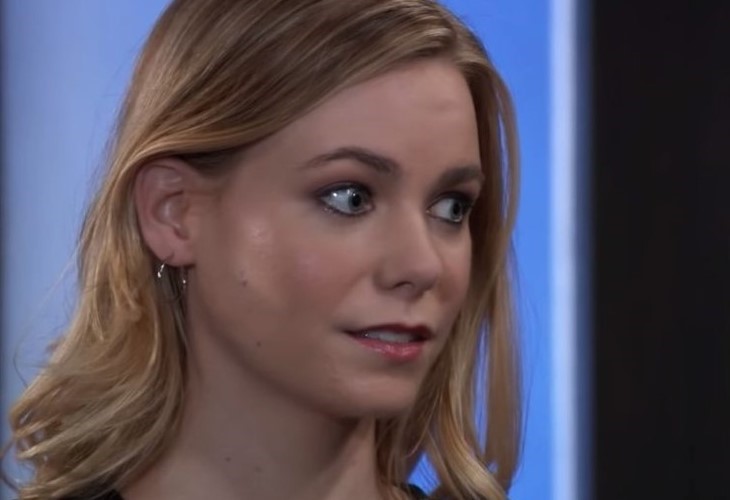 General Hospital spoilers reveal Carly Corinthos continuing to lie through her teeth to Drew Cain saying that Nina Reeves is NOT Willow Tait’s mother, while she keeps the truth from Willow herself.

General Hospital Spoilers – A Twin Story With One Dead Twin

This is also how Carly (Laura Wright) got herself into the hot mess she is now in with Sonny Corinthos and Nina (Cynthia Watros) — she kept the truth that Nelle Benson (Chloe Lanier) was also Nina’s daughter. And Nelle Benson needs to make a comeback fast.

How GH thinks it can tell the story of fraternal twins with one twin allegedly dead is beyond us. It’s actually as much of a letdown as letting Nina learn that Nelle was her daughter was Nelle was already dead.

The last fans saw, Willow (Katelyn MacMullen) and Nelle were mortal enemies and at the moment Willow hates both Nina and Nelle with the fire of a thousand suns. While it will be impactful when Willow finally learns Nelle is her biological mother and Nelle is her twin, it will have more impact if we can see confrontational scenes between the two sisters, as well as their mother.

GH Spoilers – Nelle Bensob Can Be A Changed Woman — Not

Keeping in the tradition of fighting for Wiley in court, something that happens quite often on General Hospital, Nelle can return a reformed woman and once again sue for custody of the child she gave birth to. Of course, we can then also learn that Nelle is the same entertaining crazy lady she has always been — only after she beats Michael Corinthos (Chad Duell) and Willow in court.

There are so many possibilities for the entire Wiley saga if only his mother were around. It all seems pointless to keep a character dead when she is still such an integral part of current storylines. Remember, we never saw Nelle’s body and were only told that Harrison Chase (Josh Swickard) did, so this would be a very easy character for GH to resurrect. Stay tuned to General Hospital weekdays to see if Nelle ever makes her comeback.

Days Of Our Lives Spoilers: The Suspects In Abigail’s Murder Line Up