Days Of Our Lives Spoilers: Steve’s Bad Reaction To Tripp’s Move, Ava The Voice Of Reason 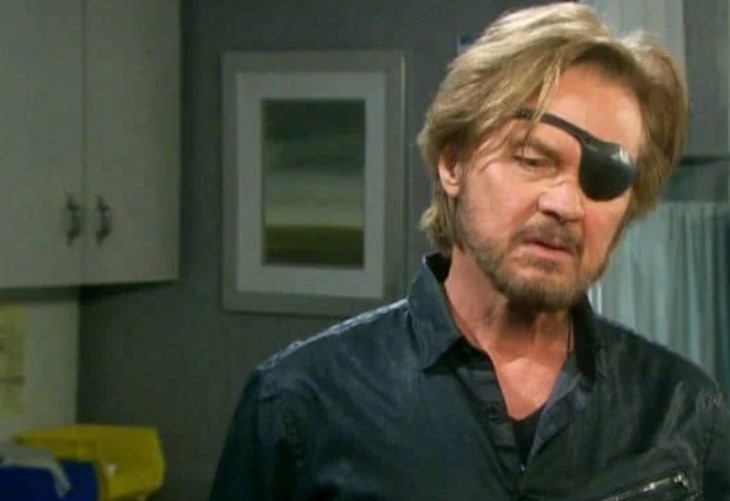 Days of Our Lives spoilers reveal that Tripp Johnson (Lucas Adams) tells his loved ones that he’s leaving Salem. Steve “Patch” Johnson (Stephen Nichols) tries to persuade Tripp to stay. However, in an unexpected twist, Ava Vitali (Tamara Braun) is the voice of reason in this scene. So, what is Tripp’s reason for leaving? It turns out it’s not about Allie Horton (Lindsay Arnold).

DOOL spoilers reveal that during the week of June 13, Tripp decides that he needs to get out of town. Tripp tells Steve and Kayla Johnson (Mary Beth Evans) about going to visit Joey Johnson (Tanner Stine) and Stephanie Johnson (Abigail Klein) in Seattle. Kayla is completely supportive of Tripp’s decision. However, Steve isn’t as agreeable.

“Steve, obviously, wants his son around. Kayla really understands. She’s in Tripp’s corner that way. Allie believes that Tripp’s leaving because of her… Tripp tries to explain that this is just his move. There’s no bigger motive. He just needs to do this.”

Even though Steve might not be supportive at first, he quickly turns that around. In a sneak peek photo, Steve and Tripp share a toast. So, Steve gets over his bad reaction and ends up being supportive of Tripp’s decision.

Days Of Our Lives Spoilers – Ava Vitali the Voice Of Reason

Days of Our Lives spoilers reveal that Steve is usually the calm, understanding, and logical parent. In sharp contrast, Ava is the one who always has a bold reaction to everything. Ava lost her son when he saved Allie and just got him back thanks to Bo Brady (Peter Reckell). So, one would think Ava would hold onto Tripp for dear life.

However, that’s not what happens. It turns out that Ava encourages her son to go do this for himself.

In Adams’ interview in the latest issue of SOD, the actor explained Tripp’s motivation for leaving. While part of it is because of Allie, it’s mostly for Tripp to clear his head. Tripp is always thinking about everyone else. Right now, Tripp would like just a little time to focus on himself and what he needs.

As for Ava’s reaction, she becomes the voice of reason. Ava knows that her son really needs this time to himself and to figure out what’s next. Adams told the magazine,

“Ava totally understands. She totally gets it and tells him to go clear his head.”

Will Tripp return to Salem eventually? Although that hasn’t been confirmed, characters come back all the time. So, we will have to wait and see what happens.