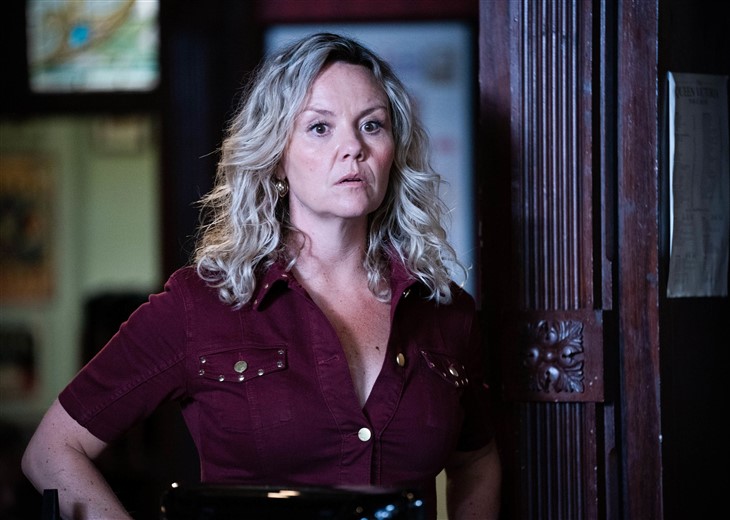 EastEnders spoilers and updates tease that Janine Butcher (Charlie Brooks) will learn that she’s pregnant. How will this news affect Linda (Kellie Bright) as she tries to win Mick Carter (Danny Dyer) back?

In upcoming scenes, Janine will prepare a day trip for her and Mick. Unfortunately, their date won’t push through since the latter needs to attend Linda’s meeting with her brief.

Janine uses it to her advantage and urges Mick to go. She also pointed out that she’s not feeling good anyway so they’ll just have to do the day trip some other time.

Things didn’t go as planned for Linda at court. As for Janine, she thinks that she has a stomach bug. Later on she collapses and is rushed to the hospital. Janine gets shocking news from the doctor that she’s pregnant. Sonia Fowler (Natalie Cassidy) encourages Janine to tell Mick about her pregnancy as soon as possible.

As for Mick, he’s still with Linda and tries to assure her that he’ll help her get Annie back. She’ll also appreciate his efforts, especially after learning that he paid for her new lawyer.

Spending this much time with Mick has stirred up her lingering feelings. Linda will tell Sharon that she’s still in love with her ex and she has decided to tell him about later in The Vic. But will she get another shot once she learns that Janine is pregnant?

Dotty Cotton (Milly Zero) is still reeling from the aftermath of getting kicked out of the Panesar’s home. She’s currently struggling to find a place where she can stay. Bernie Taylor (Clair Norris) reminds her that her grandmother still owns 25 Albert Square. Will she have the guts to ask Sonia if she can move in?

Later on, Ash Kaur (Gurlaine Kaur Garcha) will confront Dotty for breaking Vinny Panesar’s (Shiv Jalota) heart. Rocky Cotton (Brian Conley) tries to break up the confrontation, only to be informed about a shocking revelation.

As for Alfie (Shane Richie), he has no plans of leaving Albert Square just yet. He’ll get involved in his ex-wife’s wedding drama. Not only that, he set up a market stall so he could raffle off his canal boat. But tension will rise soon between Alfie and Honey Mitchell (Emma Barton), the market inspector.