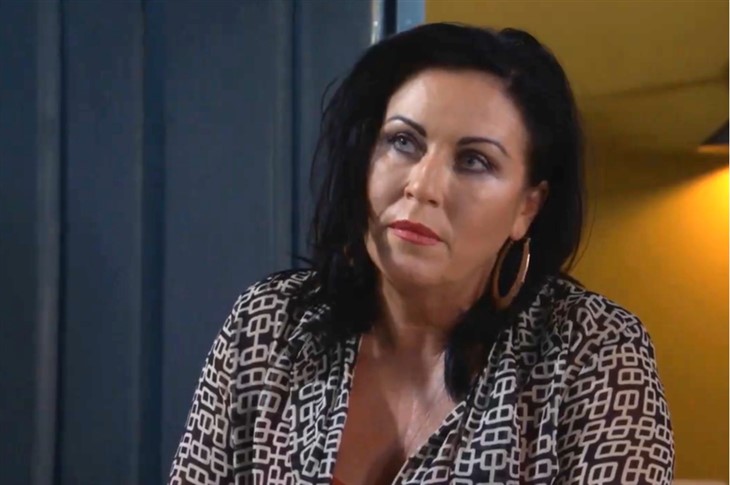 EastEnders spoilers, news, and updates tease that Kat Salter (Jessie Wallace) will face some wedding drama thanks to her ex, Alfie Moon (Shane Richie). She’ll end up stuck in a boat with Alfie and the twins in the canal. Will she make it in time for her wedding?

Fans know that Alfie (Shane Richie) returned to the cobbles earlier this week to stop his ex-wife from marrying Phil Mitchell (Steve McFadden) after the twins informed him about the latter’s temper.

Kat confronts Alfie and makes it clear that she wants to be with Phil. The latter arrives, furious at the sight of Alfie talking to Kat. She manages to stop the brewing tension between the two by telling Phil that she’ll meet him at the church.

Later on, Alfie finds the twins stowed away in his van and he returns to his canal boat. He uses this to his advantage to trick Kat. He calls her to let her know about the twins.

When she arrived, she was forced to step on the boat because the twins didn’t want to go with her. Later on, Alfie reveals that it was all a trick after setting the boat off the dock.

He tries to convince her again not to marry Phil. But she’s already made up her mind. Alfie gives up on his effort to make her realize that marrying his lifetime nemesis is a bad decision. He accepts his defeat and agrees to take Kat to the wedding venue.

Unfortunately, the boat’s motor won’t work and they’re left stuck in the canal. Will Kat make it in time for her wedding? How will Phil react when he finds out what Alfie has done?

Next week, Janine Butcher (Charlie Brooks) will learn that she’s pregnant. It all starts when she plans a day trip with Mick Carter (Danny Dyer). She had to cancel their day out because she was feeling unwell and Mick had to go somewhere.

Janine thinks that she has the same bug as Scarlet. Later on, she collapses and gets rushed to the hospital. That’s when she learns that she’s pregnant. How will Mick react? Does this mean Linda Carter (Kellie Bright) and Mick will never get back together again?

Days Of Our Lives Spoilers: Ava’s Life Is In Grave Danger Due To Jennifer’s Decisions