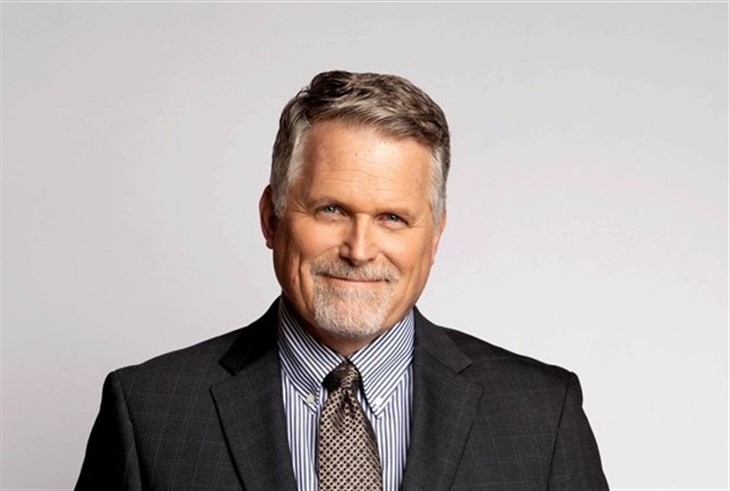 The Young and the Restless (Y&R) spoilers show that Robert Newman stepped into the role of Ashland Locke when Richard Burgi was let go and brought out a more sensitive gangster type whereas Burgi presented him as a much quieter, colder, and more calculated man.

However, Newman still won over the hearts of viewers and had them confused more than once and he continued to say that he loved Victoria Newman (Amelia Heinle) and that he was willing to start fresh. However, it was just another bit of another con.

Recently, Robert Newman sat down to speak with Alan Locher of The Locher Room and answered some burning questions about the role.

While he came into the show in the middle of a complicated storyline, he was able to keep it together and ended up staying on the show longer than we anticipated, but it may not have been his choice as he was living away from his family while in Los Angeles and said it was a place he had no interest in living.

Newman continued to say, “About halfway through my run with Young & Restless, let’s just put it this way: I was glad that I didn’t sign on for a longer period of time,” he reflects. “I definitely made the right decision by keeping it [short].”

Y&R Spoilers – Was The Love Real?

You might be holding your breath for this moment, and according to Newman and the things that he was told by head writer Joss Griffith, his love for Victoria Newman (Amelia Heinle) was in fact, real. Newman explained, “The two things that [headwriter Joss Griffith] gave me were that he was completely blindsided by the revelation about his son not being his biological son, and that changed the way he looks at the world. And then the other thing that was really important was that his love for Victoria was real.”

Newman really pushed back hard against the second part of that question and if the love was real. He wanted to know if it was part of a longer con or if he was just playing games with her, but Griffith explained to him, “Nope, everything with her is real. It’s unexpected. He didn’t plan it that way, he didn’t start it that way, but he genuinely fell in love with her and cares about her and wants to be with her. And that was his driving force from Day 1.”

What do you think? Are you glad that the love Ashland had for Victoria was real or do you still think it was just him getting what he wanted out of her? Share your thoughts and remember to keep watching the CBS soap to see what happens next.

Sister Wives Victim Kody Brown Is All Played Out