Days Of Our Lives Spoilers: Ava’s Life Is In Grave Danger Due To Jennifer’s Decisions 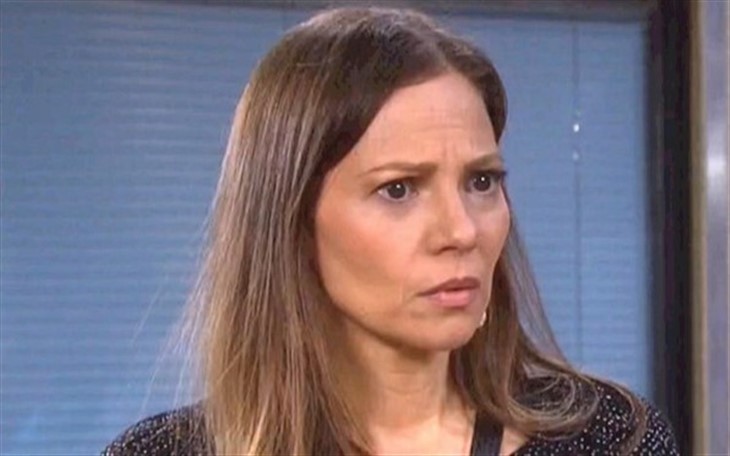 Days of Our Lives spoilers indicate that Ava Vitali (Tamara Braun) is in danger of losing her life. Ava is traveling on the same road as a very high and upset Jennifer Deveraux (Cady McClain). Is Ava’s car the one that explodes in the fiery crash? Could Ava be thrown clear before the car bursts into flames?

Days Of Our Lives Spoilers – Tripp Johnson Arrives In Salem

Days Of Our Lives spoilers suggest that Tripp Johnson (Lucas Adams) will be in Salem because of Kayla Johnson’s (Mary Beth Evans) dire situation. Tripp has no idea that his birth mother is in danger as well. Tripp is very concerned about Kayla and may even help Rex try to find a cure. However, they will need to find a way to get Kayla back after she flatlines first.

However, it seems that Tripp may be in Salem longer than he thought because of his mother’s accident. Will Ava survive if she is in the crash? Could Ava be killed off once again only to turn up alive years from now? Tripp has lost so much time with his mother, does he end up losing her again? Is Ava gone for good this time?

DOOL Spoilers – E.J. Dimera Is In The Line Of Fire

Johnny Dimera (Carson Boatman) recently moved in with Ava at the Salem Inn. Johnny is on the outs with his father E.J. Dimera (Dan Feuerriegel) because of his treatment of Ava. Johnny is very fond of Ava as she is him. However, Ava has not wanted a sexual relationship with him. Johnny says he agrees and doesn’t mind sleeping on the floor if it keeps him out of E.J’s house. Will Ava stick to that?

Why are both Ava and E.J. on the road? Does E.J.find proof that Ava and Jake Dimera (Brandon Barash) weren’t married? Could E.J. be chasing Ava to try and take her shares when Jennifer comes barreling down the road?

Days Of Our Lives Spoilers – Is Ava Vitali The Only One Injured?

Susan Banks (Stacy Haiduk) can be seen in the promo video screaming as the car are racing down the road. Susan is likely to be in E.J.’s car since he is her son but that isn’t known for sure. However, with all three vehicles in such a close call, is one all that goes off the road? Is there a chance to remove the driver before the car plunges over the cliff?

As the car goes over, it almost looks as though someone is trying to hang on or being thrown out of the back of it. Does Ava get thrown out? Is there more than one person injured? Will Ava survive?