EastEnders Spoilers: Vinny Lashes Out After Seeing Dotty And Finlay Together 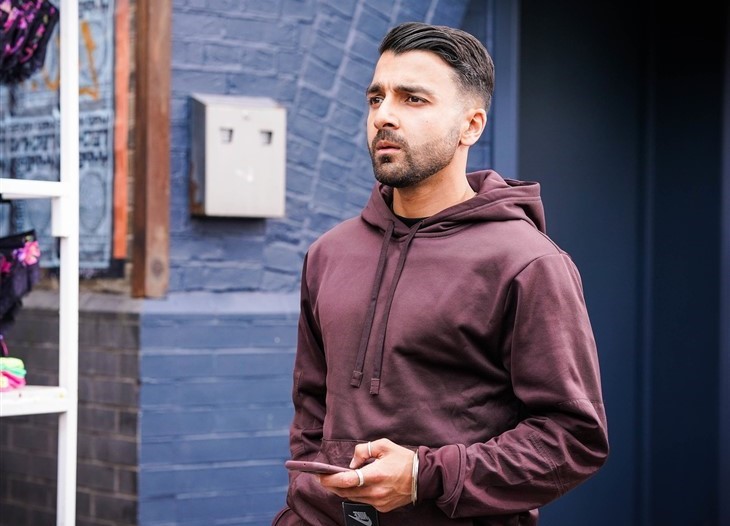 EastEnders spoilers and updates tease that Vinny Panesar (Shiv Jalota) will snap because of jealousy after seeing Dotty Cotton (Milly Zero) and Finlay Baker (Ashley Byam) together. Will he ever get the chance to be with Dotty?

Fans know that Vinny has developed strong romantic feelings for Dotty. However, it seems like the latter doesn’t feel the same way. Upcoming scenes hint that he’ll gradually learn where he stands with Dotty when he sees her with Finlay.

Vinny spots Dotty and Finlay drinking together. He gets jealous and confronts Finlay. Their conversation turns physical when Vinny snaps and punches Finlay in the face. Ash tries to calm Vinny down and talks him out, making things worse.

Unfortunately, the incident pushes Dotty away from Vinny even more. She’ll turn to Finlay, and one thing leads to another, and the pair ends up sleeping together.

Later on, Bernie and Rocky encourage Dotty, on separate occasions, to tell Vinny the truth about how she really feels. She takes their advice and talks to Vinny that she and Finlay have slept together.

Vinny is left devastated after the shocking revelation. When Finlay arrives, in hopes he can diffuse the situation, things end up getting worse. Vinny throws Dotty out of the house and cuts ties with her for good.

Drama is everywhere on EastEnders. As Vinny deals with his jealousy and feelings of betrayal, Kat Slater (Jessie Wallace) will also feel some last-minute doubts about her wedding to Phil Mitchell (Steve McFadden) thanks to the latter’s ex-fiancé, Shirley Carter (Linda Henry).

Not only that, one of Phil’s exes, Sharon Watts (Letitia Dean), is out to find a way to stop Kat and Phil’s wedding. Kat previously warned Sharon to keep her distance, but she won’t let Phil go without a fight.

Sharon promises to win Phil back and stop his marriage to Kat at all costs. She plans to give Phil an old photo of them and hope that he’ll realize that they’re meant for each other. Will Sharon get Phil back?

If Sharon’s trying to win Phil back, someone is also trying to dissuade Kat from marrying Phil. Alfie Moon (Shane Richie), Kat’s ex, turns up on her doorstep and discourages her from becoming the next Mrs. Mitchell.

Tensions rise when Phil spots Alfie. He may throw a fit when he learns he’s trying to stop Kat from marrying him. Plus, there’s also the matter of £30,000, which Alfie stole from Phil.