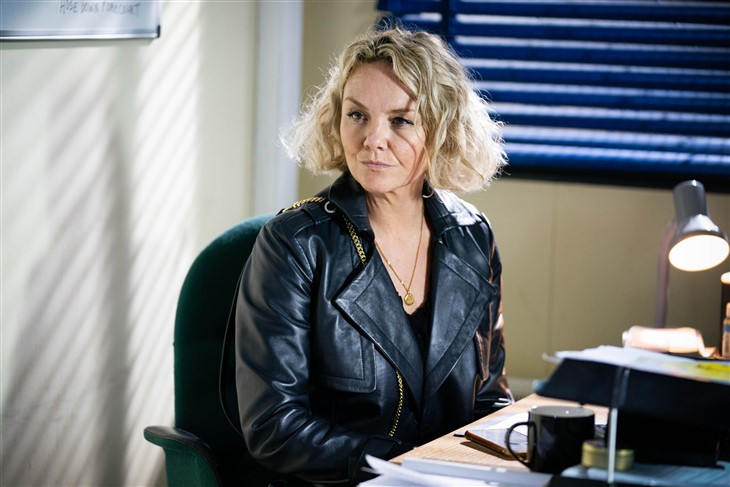 Fans may recall that Mick and Janine had spent some time together. The latter has been trying to console Mick after learning the truth about Tina Carter’s (Luisa Bradshaw-White) murder. Janine has been trying to win Mick over for months. She even reached a point where she tried to sabotage his marriage with Linda Carter (Kellie Bright) in any way possible.

Mick and his family were still reeling from the news that Tina was killed by Gray Atkins (Toby-Alexander Smith) and her dead body was hidden under the Argee Bhajee. Knowing that Mick is still grieving, Janine took Mick out to get some air.

She wanted him to open up so he could feel better and overcome his recent trauma. She talked about her personal losses like the death of her parents, grandmother, and three husbands.

During that time, the pair grew closer together. That’s when Mick made a shocking move and pulled Janine in for a kiss. Janine has always wanted to be with Mick. But that time, Janine pulled herself away and said that it was not the best time.

Spoilers next week hint that Janine will tell Mick that she plans to leave for a while so they could have some space away from each other. She’ll also reject the flowers that he’ll offer, which was Mick’s way to say thank you for being such great help.

Janine will try to explain herself and say that they need to spend some time away from each other to make sure that their feelings for each other are true. She’ll also try to assure him that she wants to have a serious relationship that’s why she’s making this decision.

How will Mick react to Janine’s decision to leave?

In upcoming scenes, fans will also see the return of Mick’s estranged wife Linda, who’s still struggling with her alcoholism. She’ll be back in Walford but she’ll stir up some drama during Tina’s funeral. She’ll also have an argument with Nancy Carter (Maddy Hill).