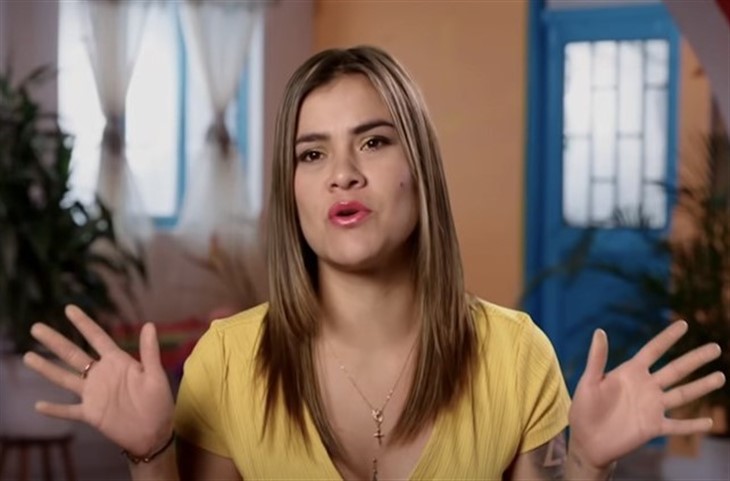 90 Day Fiance’ Spoilers suggest that Ximena Morales has broken up with Mike Berk after admitting to using him for money. Ximena brutally attacked Mike for his hygiene, his sloppy habits and finally admitted that she doesn’t love him and used him for his money.

90 Days Fiance’ Mike wanted to go back and visit his fiancé Ximena and spend time with her and her boys. However, Ximena wanted Mike to pay for surgery to have her breasts enlarged before he came back to visit. Mike refused to pay for the surgery and this only pushed her to turn to a loan shark for the money for surgery. Mike thought it was nice to spend time alone with Ximena. However, she told Mike that her children come before him. Mike admits that he feels that Ximena’s feelings have changed. Ximena says she is too young to get married and doesn’t want to settle down. Ximena also got offended by Mike’s words and told him not to send her any more money.

90 Day Fiance Mike tells Ximena that he wants everything back that he bought her to take back to New York. Ximena says Mike can take everything in her house. Ximena doesn’t want Mike to pay for anything. Ximena says she will pay for everything herself. Ximena says she and Mike can remain friends but they are no longer boyfriend and girlfriend. Mike leaves and Ximena wipes away her tears.

90 Days Fiance’s Mike goes outside the restaurant after declaring he is done and begins to run in the streets. Mike declares that his mind is going crazy. Mike reportedly gave Ximena $15,000 in the year and a half they were dating. Mike talks about how much Ximena hurt him by saying she didn’t love him. Mike admits that Ximena’s reactions make him wonder if she ever did love him at all. Mike says he has had to have friends tell him about the episode because he didn’t want to relive the moments. Of course, Mike’s family warned him that Ximena was using him long before he went to meet Ximena.

Now that Mike and Ximena have separated, it is time for Mike to return home. Has Mike learned anything from his interaction with Ximena? Will Mike try to find another woman who is honest with him and can give him what he wants out of life?