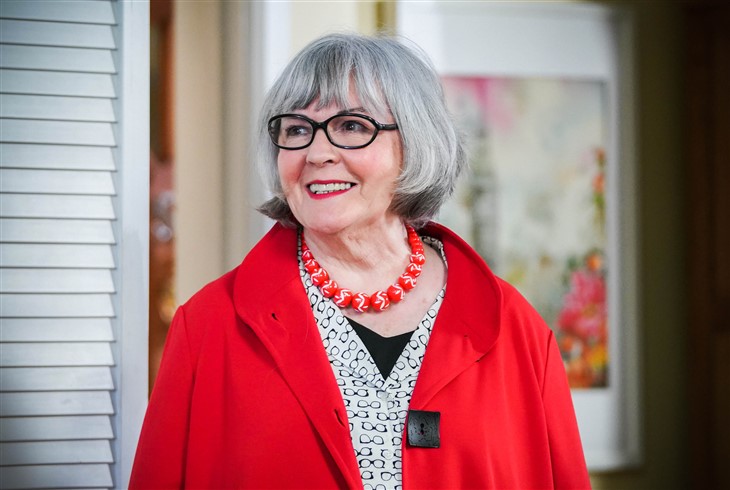 EastEnders spoilers and updates tease that Gwen Taylor will reprise her role as Vi Highway as Stuart’s cancer story is revisited. Spoilers hint that she’ll return to Walford to convince Stuart Highway (Ricky Champ) to get treatment.

Fans last saw Vi in November when she decided to leave town to avoid the conversation that would follow after Stuart discovered her secret about the son she gave up for adoption. Stuart learned about it when Vi was trying to look for Christopher with the help of Patrick Trueman (Rudolph Walker).

Viewers may recall that Stuart learned that he had breast cancer not long after Vi left Walford. He received the shocking diagnosis when he went to the hospital for a routine checkup because of a rash on his chest.

He kept the news from Rainie Cross (Tanya Franks) for weeks until Sonia Fowler convinced him to tell her the truth. Then, Stuart decided to leave his loved ones when he was about to go through an operation for his breast cancer. The thought of taking painkillers made him panic.

Stuart is a recovering addict and the idea of taking painkillers worried him the most. He wants a more holistic approach to treating his illness, which prompted him to go to a clinic that he believed would offer him the type of treatment he wanted.

His disappearance left Rainie furious and Callum didn’t know what he could do to help. Stuart sent his family a voice note to assure them that he was alright. After disappearing from Walford for a short period, Stuart was encouraged by his doctor to start his treatment back in January. However, he was too concerned about the effect of the surgery on him so he refused the doctor’s recommendation.

When he returned, he told Rainie and Callum that his cancer had shrunk according to the other doctor he consulted. He even asked Rainie to look up the alternative medicine that he’s taking. But the latter knew that what Stuart was claiming can’t possibly happen and that his unconventional treatments are unlikely to work.

Will Vi be able to help in convincing Stuart to get the treatment he needs? Will she manage to force him to follow his doctor’s recommendation rather than believe the alternative medicine that he believes can heal his illness?