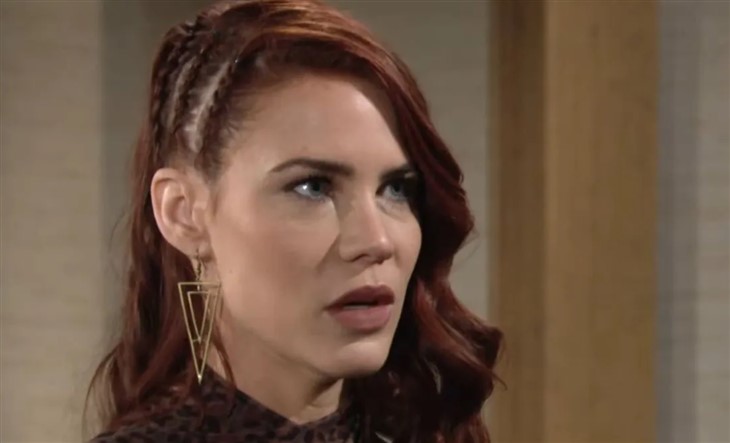 The Young and the Restless (Y&R) spoilers reveal that Sally Spectra (Courtney Hope) makes a rash decision about which Newman brother she wants, and it will leave one sibling destitute and the other delirious. Who does Sally choose, Nick Newman (Joshua Morrow) or Adam Newman (Mark Grossman)? The answer will amaze you!

The Young And The Restless Spoilers – Is Sally Spectra Pregnant?

Fans can expect the fickle redhead to crumble under the continued pressure being applied by her ex, Adam. These two sizzled like bacon on a hot skillet before he made a dunderheaded move and dumped her.

He did so out of love, but the act of dumping Sally rightfully made her angry and feel rejected. Adam thought he was doing the right thing by letting her go so that his family would not hold their relationship against her and allow her to keep her job.

It was a typical Adam maneuver, acting like he is a demi-god and playing with people’s lives. At first his sacrifice seemed to work, as Sally was not fired. But in the end she was dumped by Victoria Newman (Amelia Heinle) who replaced her with a disloyal man, Nate Hastings (Sean Dominic), who will probably betray her like he betrayed the trust placed in him as an employee in his family’s business. Does Victoria ever make a smart decision where men are involved?

Explosive show spoilers reveal that next week Sally gives in to her passion for Adam and they share a red hot kiss—Nick who?!

It happens when Adam is badgering her after he proposed marriage when he saw her dining with Nick. Ultimately Sally admits she still has feelings for the Newman Black Sheep and he has the audacity to basically say, ‘I told you so.’ Adam is a very bad boy—and that’s exactly why Sally likes him. Did Choir Boy Nick ever stand a chance with the nefarious she-devil?

Shick fans will be excited at the prospect of Nick reuniting with Sharon Rosales (Sharon Case), so we hate to stick a pin in it but … what are the chances that Sally could be pregnant with Nick’s child? This is a soap opera after all, and nothing is more soapilicious than a love triangle/who’s the daddy storyline. Tell us what you think, Y&R fans!