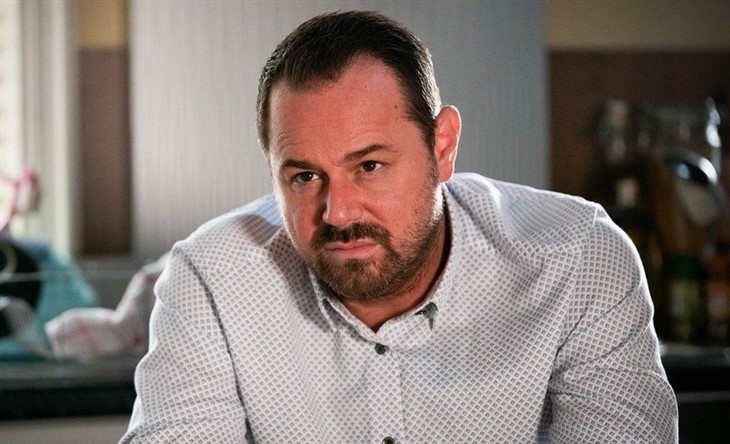 Spoilers hint that Mick comes home after visiting a relative in France. Janine Butcher (Charlie Brooks) cancels Linda’s plan for a karaoke night. Later on, she organizes the event as planned after learning that Mick is ready to party.

However, her blood starts to boil when she sees Mick joining Linda on the stage as they sing a song together. Does this mean they’ll get back together?

Fans know that Danny Dyer is set to leave the show. Fans are wondering if Kellie Bright will follow suit.

“I’m happy to stay at the moment although I am obviously sad to see Danny go,” the actress said in a previous interview.
“Hand on heart. I don’t have a clue what the show has planned for Linda after Mick has gone – I haven’t asked and feel as if I can’t quite go there yet,” she explained when asked about Danny’s exit and how it’ll affect her character.

Fans may recall that Ben Mitchell (Max Bowden) was rushed to the hospital when he collapsed after taking drugs. He finally gets discharged from the hospital, and Phil realizes that he has a long road ahead when it comes to his recovery.

Phil is ready to give his son the support he needs. He meets with Keeble to ask a favor concerning Lewis Butler (Aidan O’Callaghan). He wants her to throw the book at Lewis. How will she react?

As for Sam Mitchell (Kim Medcalf), she’ll prepare to leave for good. She’ll try to get back to Phil’s good graces to no avail. Not only that, Kat Slater (Jessie Wallace) doesn’t want to get involved when Sam asks her for help. So, she decides to leave Walford and asks Kat if she can get her passport from the safe. She lets her take what she needs, but she warns her not to take anything else.

But her plans of leaving get sidetracked when Zack Hudson (James Farrar) calls to inform her that he found Lewis. In upcoming scenes, Sam will come up with a plan to regain Phil’s trust, and it has something to do with Lewis. Will Phil give in? Or will he regret later on that she listened to Sam?