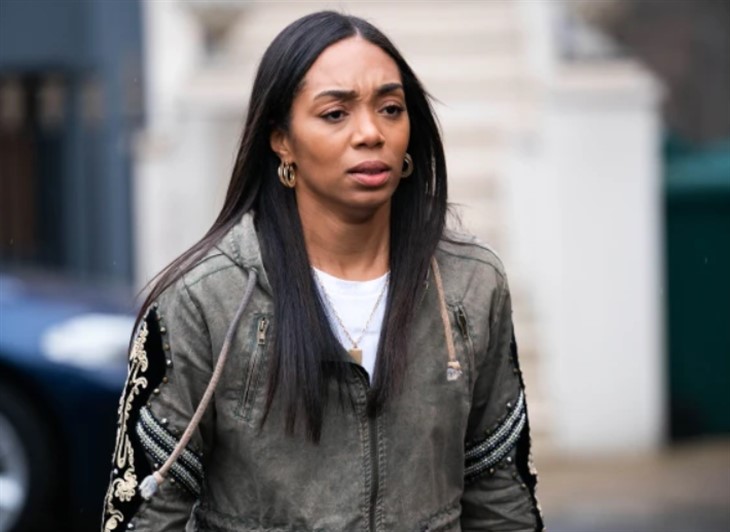 EastEnders spoilers and updates tease that Chelsea Fox (Zaraah Abrahams) will get a reminder of what happened to Chantelle Atkins (Jessica Plummer). Will she continue to stand by her killer husband, Gray Atkins?

Fans may recall that Chelsea has vowed to remain by her husband even though she knows the truth. Chelsea has discovered that Gray had something to do with the death of his former wife, Chantelle in 2020.

The new mum made the shocking choice after Gray managed to make a swift and rational decision when their son Jordan needed surgery. She now feels stuck with her husband so she’s starting to isolate herself from family and friends.

“She feels safer knowing that other people know what Gray’s like and are keeping an eye out for her but I think she feels that they have ulterior motives too, it’s more about them than her,” the actress said.

“Sometimes she doesn’t feel like she is their priority in all this,” she continued.

Chelsea eventually turned her back on Kheerat and Whitney. She no longer wants to be part of their plan, which involved exposing Gray for the killer that he is. For now, Chelsea just wants to focus all of her attention on Jordan.

Kheerat will manage to get some alone time with Chelsea. But will the latter be willing to hear whatever it is that he has to say?

Chelsea continues to spend a lot of time in the hospital to take care of his son. She becomes uneasy when a nurse recognizes Gray and says he used to come to the hospital often with Chantelle.

The nurse is shocked when she learns that Chantelle has died. Chelsea dismisses her right away when she tried to offer her support.

Explosion At The Argee Bhajee

The Albert Square residents will panic as they hear a loud bang as they clean up after their celebrations. They eventually discover that there had been a gas explosion at the Argee Bhajee.

The explosion could be bad news for Gray. Some fans have speculated that he may have buried Tina Carter’s (Luisa Bradshaw-White) body under the Argee Bhajee. The recent incident may revisit that storyline and expose Gray’s involvement in her death.