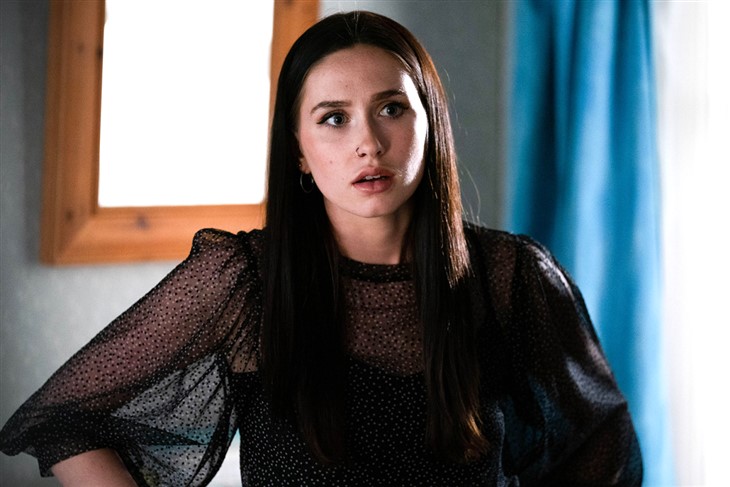 EastEnders spoilers and updates tease that Donna Cotton (Milly Zero) will be facing some dark times. Her “destructive tendencies” may ruin her future with Vinny Panesar (Shiv Jalota).

Fans can expect a “real mixture of light and shade” in Donna’s upcoming storylines, as hinted by Milly Zero. The character will be on a downward spiral and fans will see her “vulnerable, and lonely side” in future episodes.

Donna didn’t have any decent place to stay after she exposed Uncle Tom, a.k.a Tom Cotton (Brian Conley) schemes. So, she decided to use Vinny to find her a place to stay. She even hinted that they may even share something romantic if he comes through for her.

EastEnders Spoilers – Milly Zero Hinted That There Will Definitely Be A Lot Of Drama For Her Character This Year.

“We’re going to have a look at some of the relationships she has, with Vinny, and maybe some of the other Panesars, and what that looks like, and, you know, seeing Dotty find a sense of belonging – and to also explore her relationship further with Rocky,” Zero said.

The actress explained that Dotty is just desperate and she has no one except Vinny. She’s willing to do anything just to get off the streets. But she didn’t deliberately plan to hurt Vinny by pretending that they can be more than just friends.

Dotty is going through some tough times and she knows that there’s only one person who will help her out no matter what. She didn’t want to be homeless anymore so she decided to use her friend, Vinny, to find her some place to live.

EastEnders Spoilers – Will Vinny Panesar And Dotty Cotton Have A Future Together?

The actress explained that her character knows that Vinny will do anything for her. She then tries to manipulate him even though she doesn’t have any romantic feelings for him. Zero admitted that it’s going to be “a long road ahead.”

She has no idea whether her character will end up with Vinny for good. She explained that there are instances when you appreciate someone. That person has the looks and the right attitude. But there’s just no spark.

Dotty knows Vinny worships her but she doesn’t find that attractive. It seems like Dotty prefers bad boys and it’s possible for Vinny to get hurt in the end. It’ll be a bumpy road for Dotty and she may drag Vinny with her.

Were General Hospital’s Chad Duell And The Young And the Restless’ Courtney Hope Ever Married?